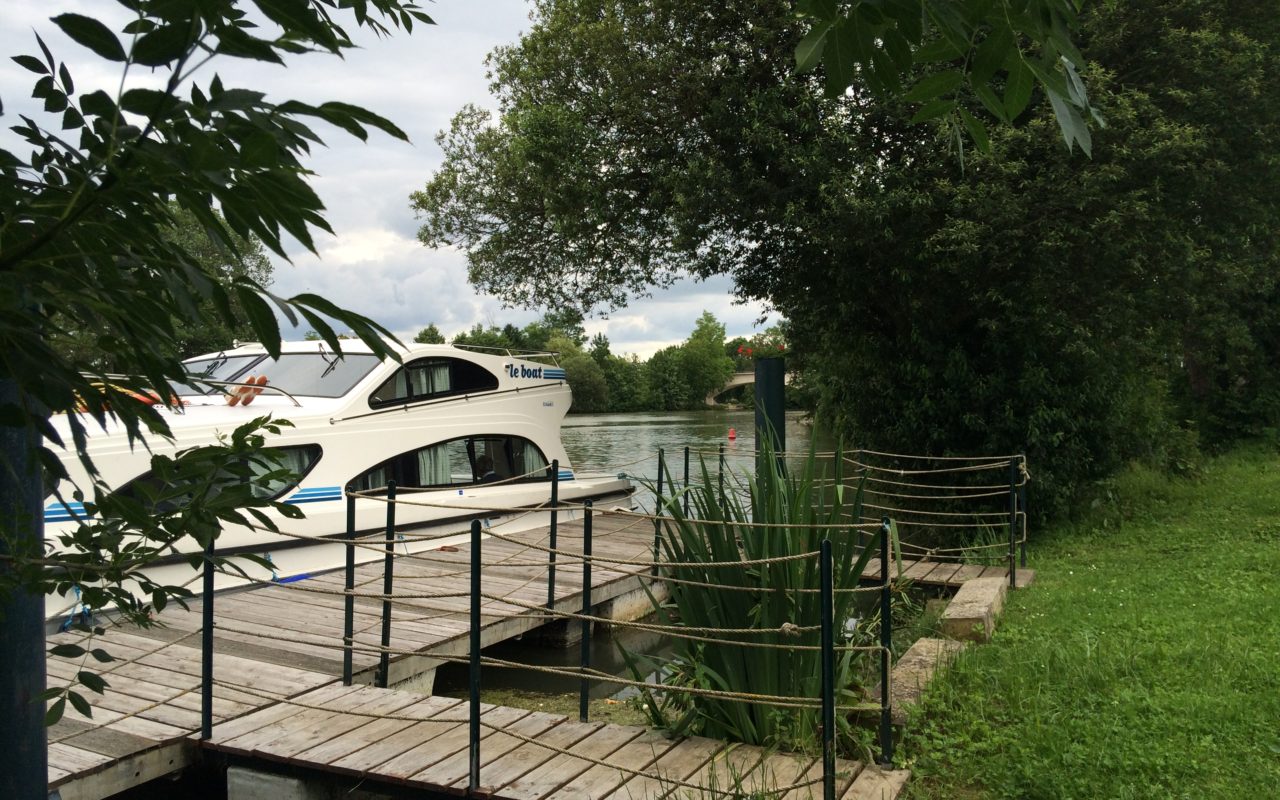 Reference to the Robert Redford movie in Montana, the Charente river really runs through the AOC cognac vineyards from east to west. A quiet river which plays with landscape and flows into Atlantic sea just face to the famous “Fort Boyard”. Hop on board, imminent departure. 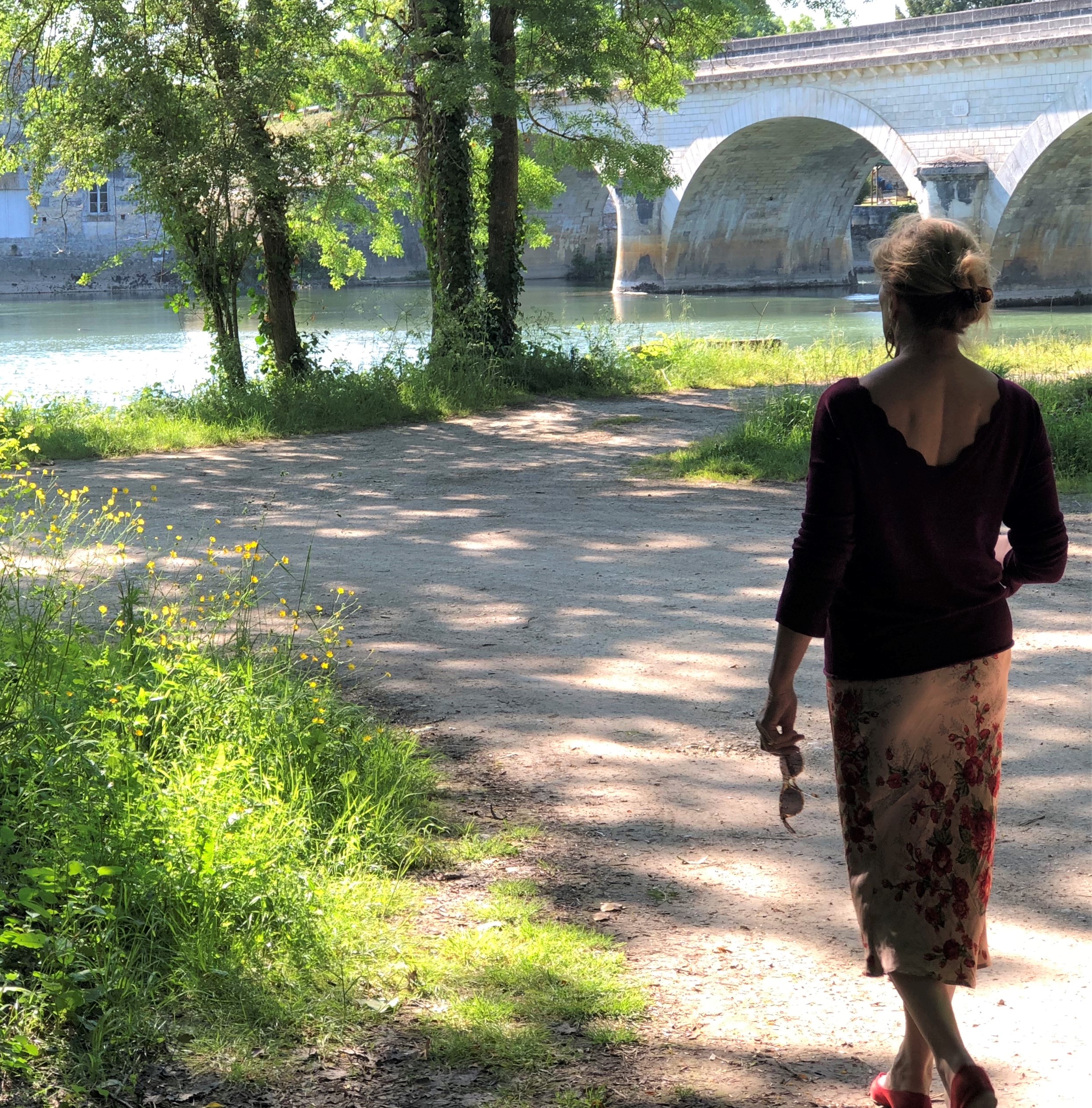 “I can do whatever I want”

The charente does not flow straight to the ocean. First it decides to go towards north, then suddenly makes a hairpin bend towards south and Angoulême where it finally chooses to flow at west. 380 kilometers of curves, meanders and small branches. 40 tributaries join its during this travel to atlantic ocean.

Many bridges cross the river Charente, small stone nice bridges, some of them specially narrow for car traffic as in Vibrac, or the most big one in Rochefort. 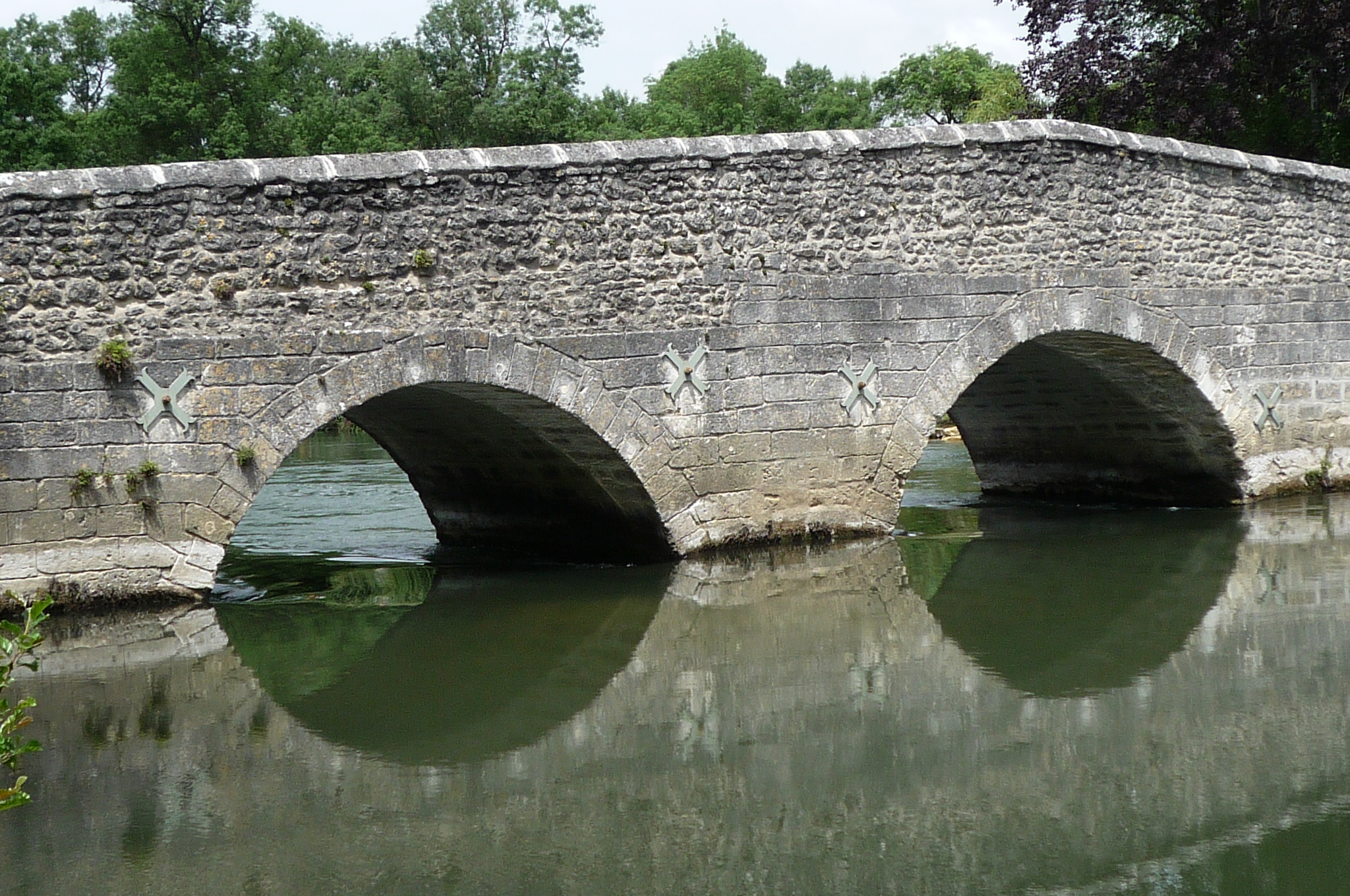 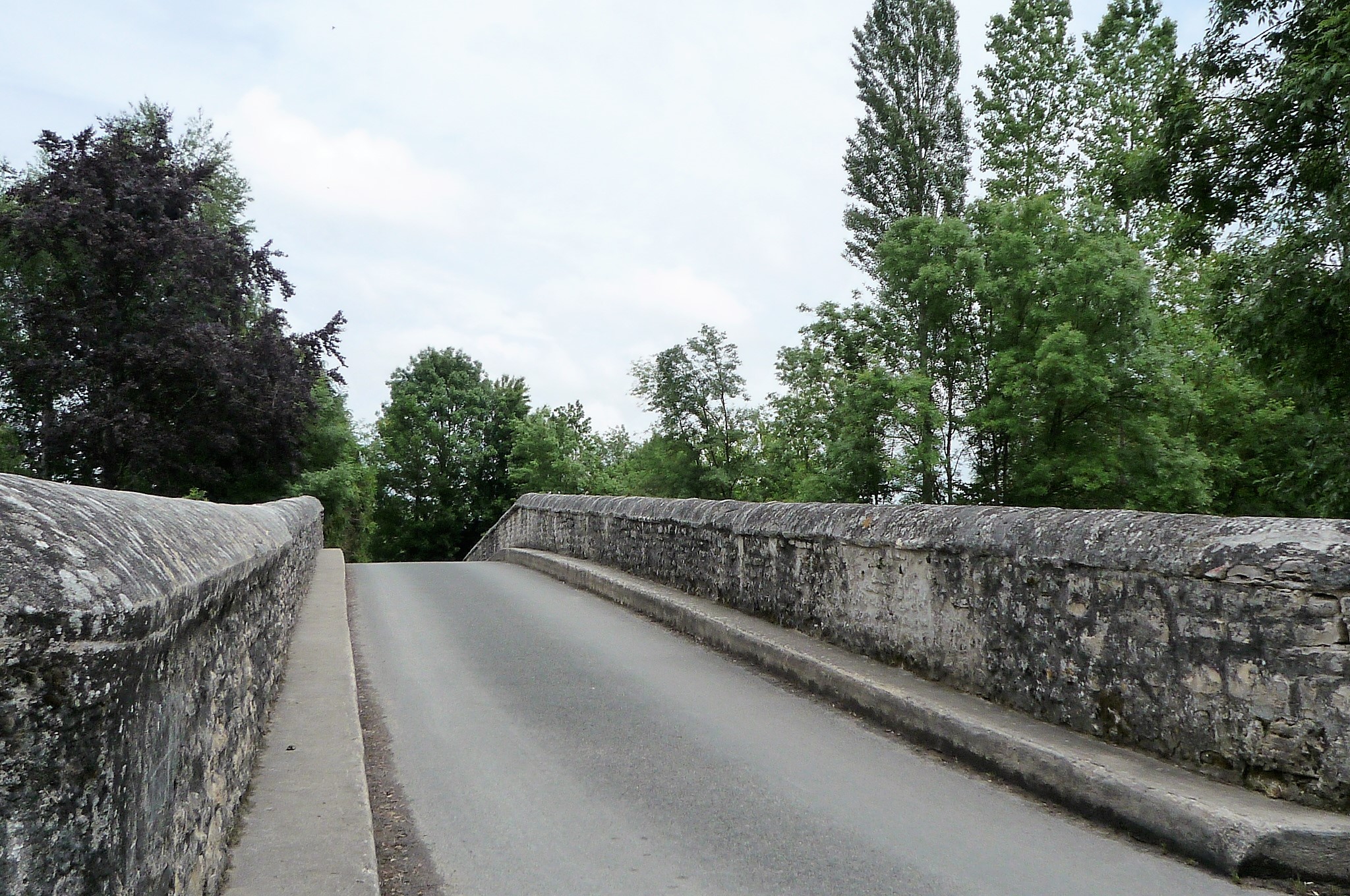 Locks are numerous in the navigable part of the Charente.

And an old kind of mini-mini ferry, the only one remaining in France, manually operated ! (only available in july and august) 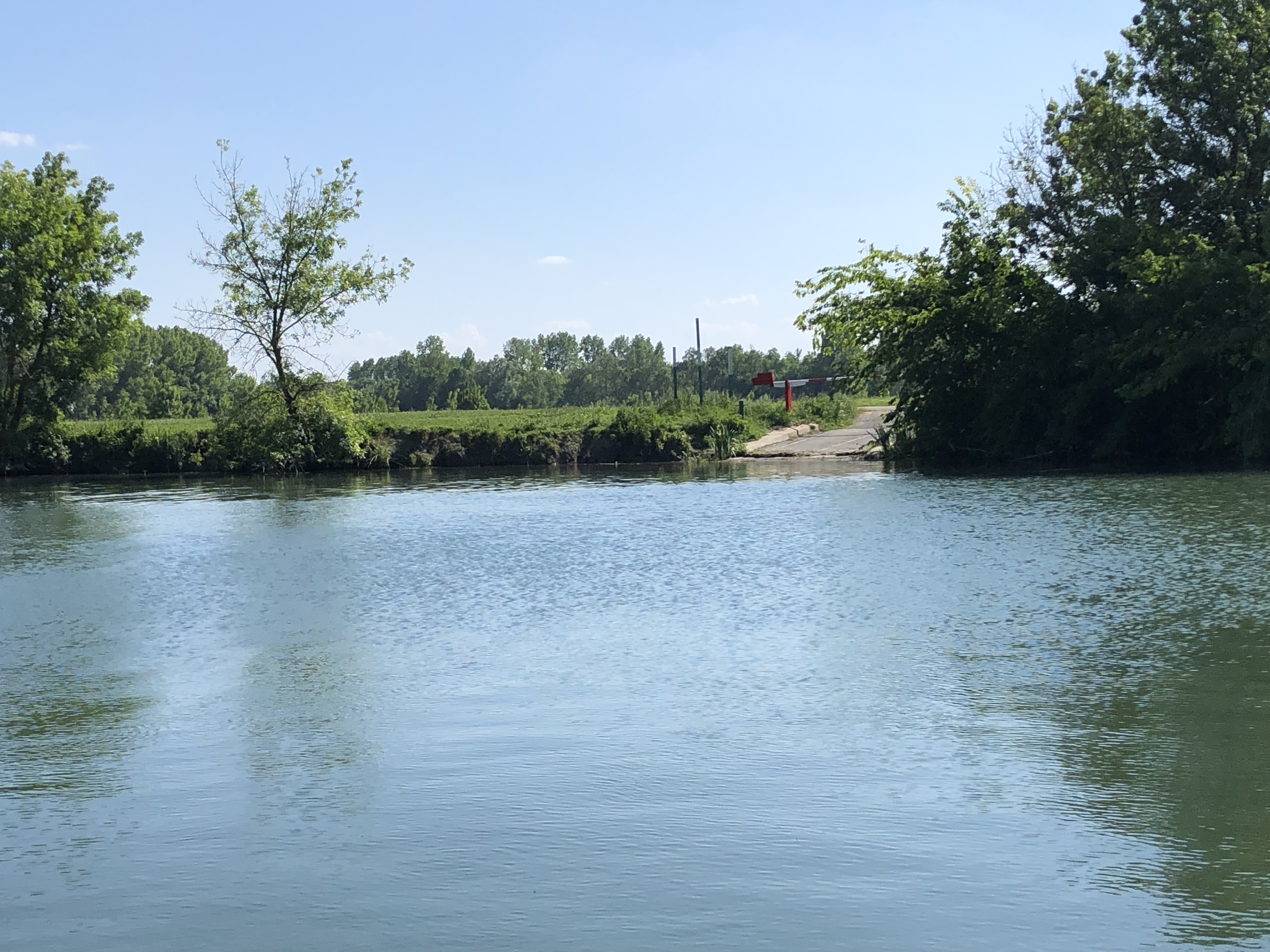 The estuary of Charente is large enough as the cargos come to Rochefort Harbour. 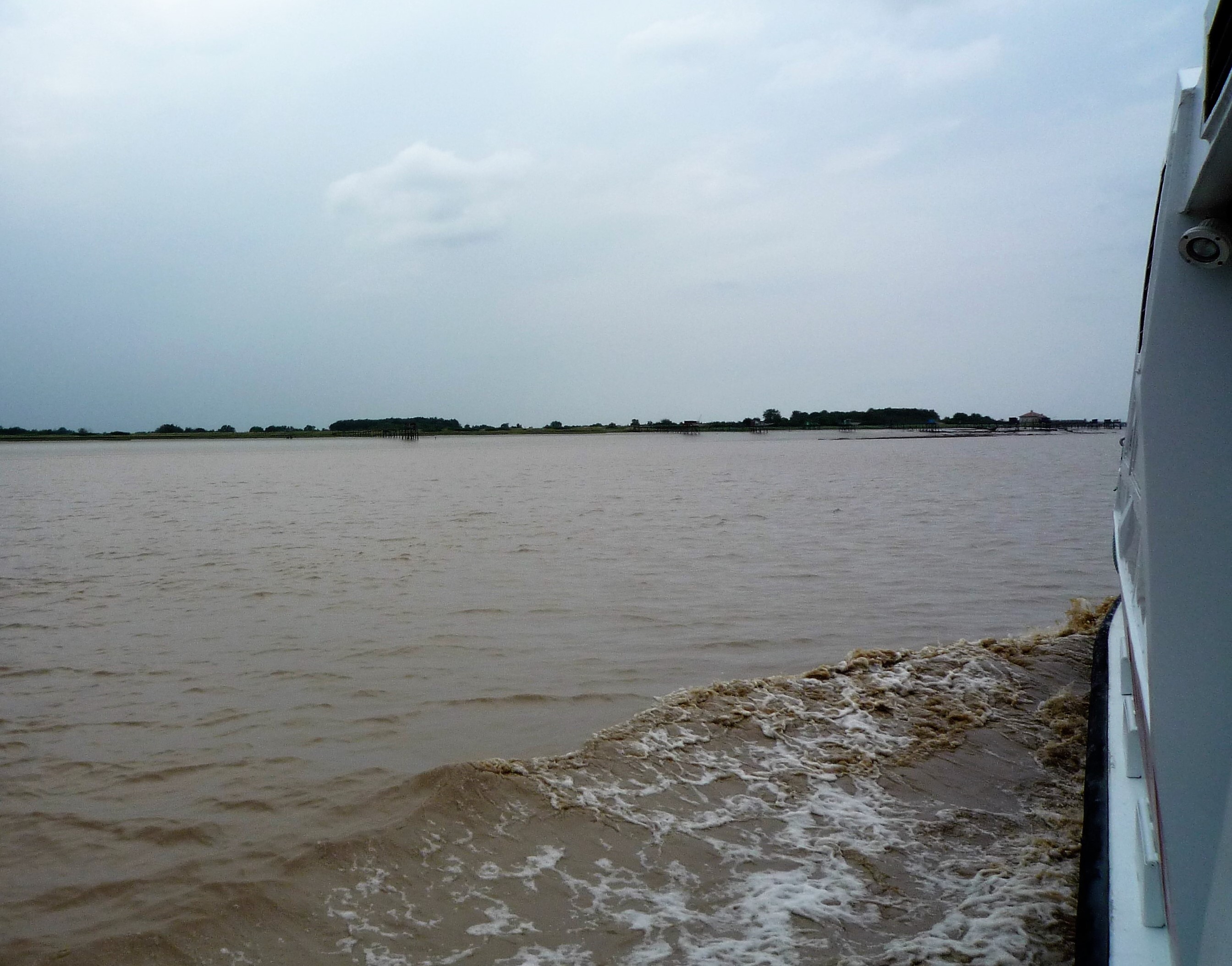 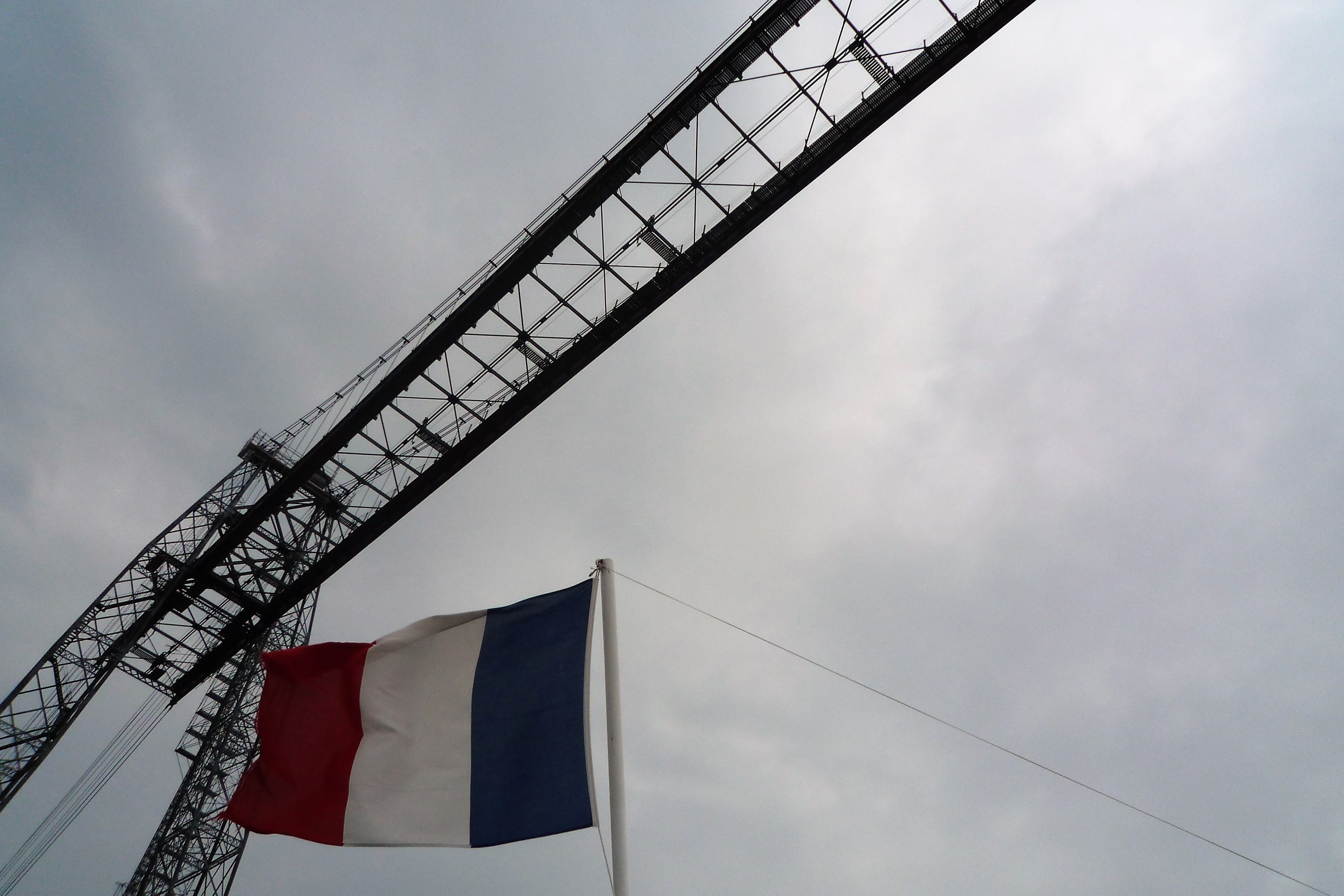 The “pont transbordeur”, a classified brigde dated from 1900, is now in a process of being restored. In the past time it allowed to cross from one bank to the other without hindering shipping traffic. A gondola, suspended from a trolley running on rails, travelled back and forth. Only used by cyclists, foot passengers, tourists  nowadays, it is the only remaining bridge with gondola in France.

During this renovation time, we can visit and discover the story and steps of work in Maison du Transbordeur nearby. 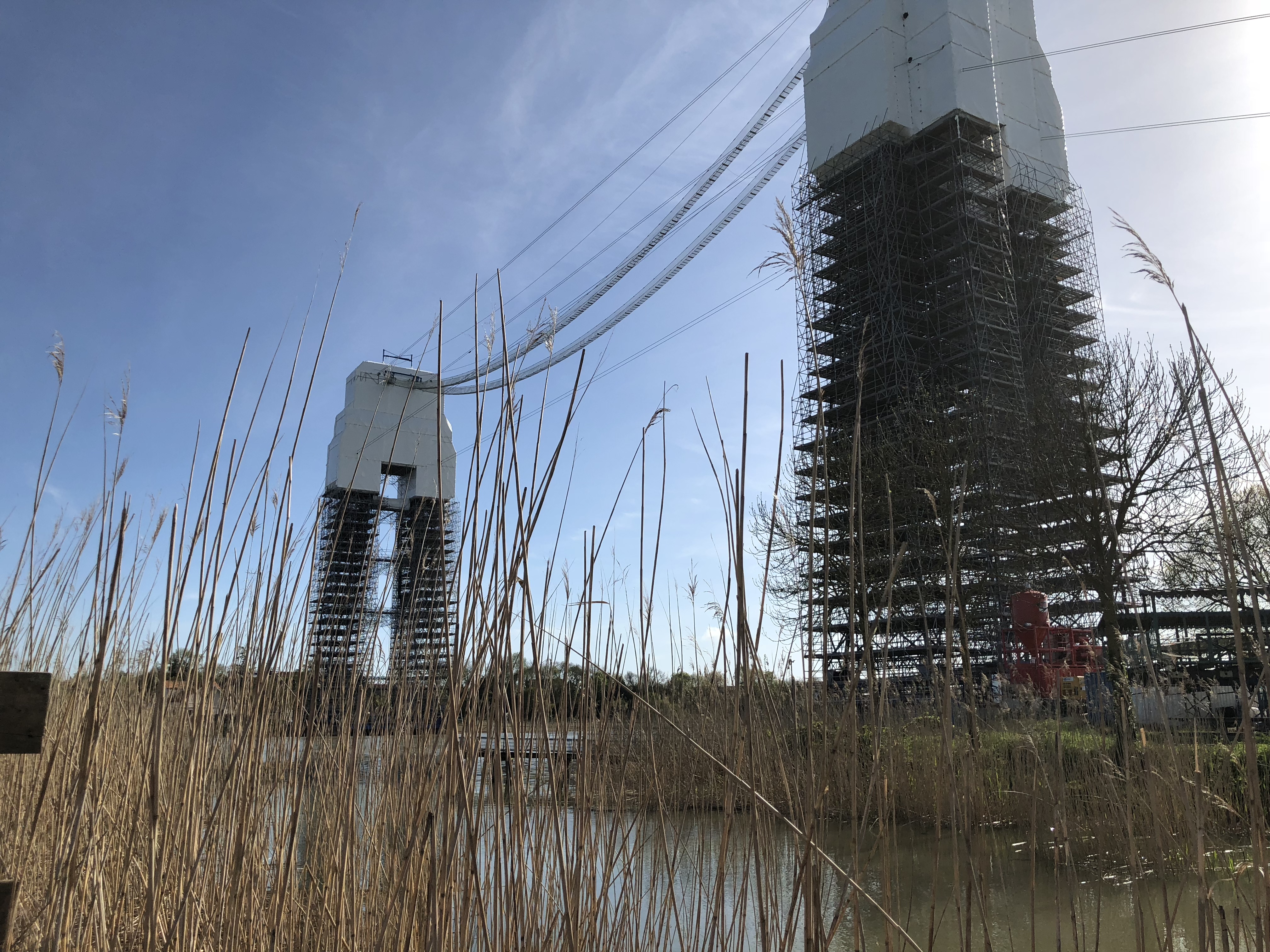 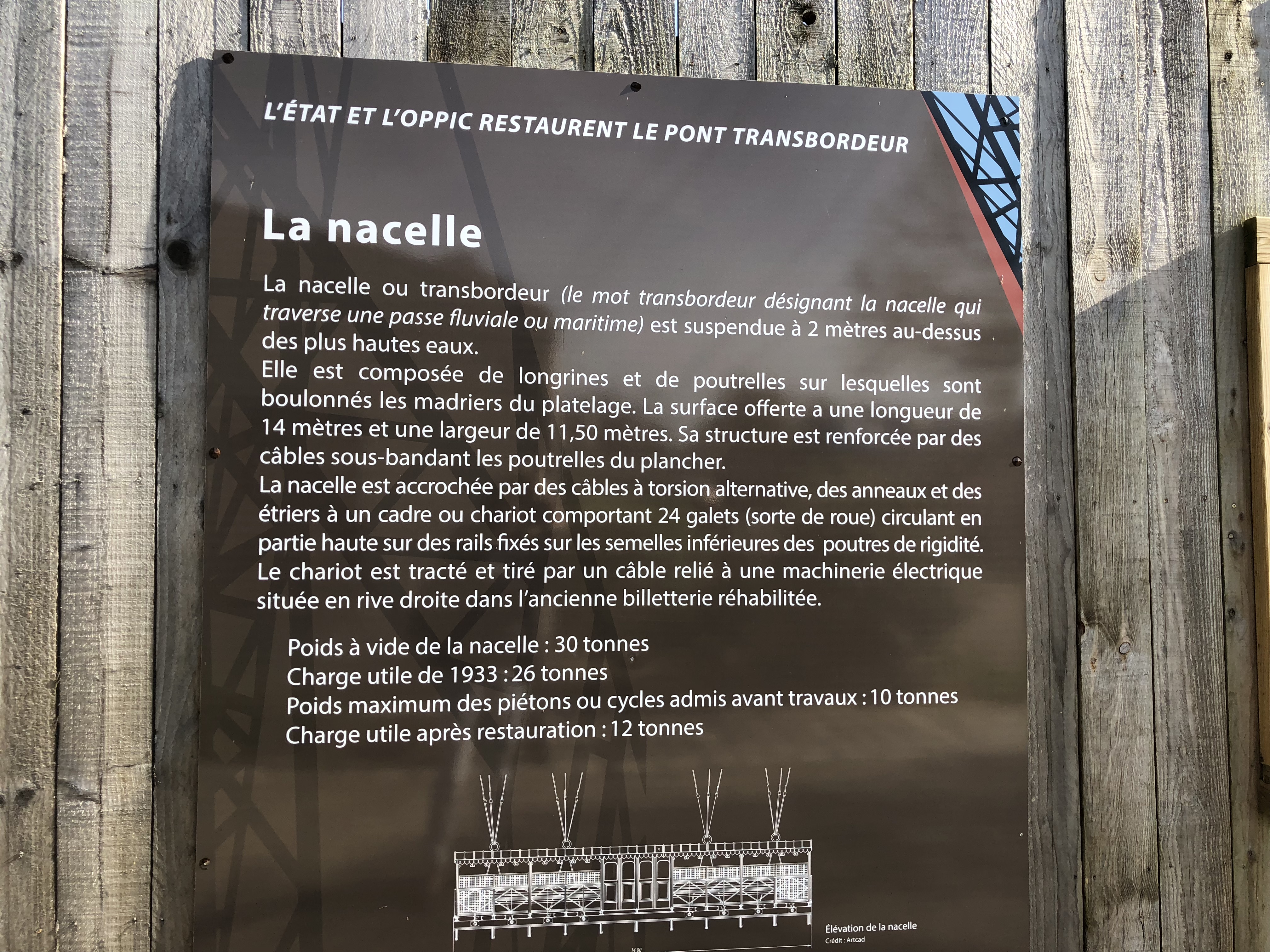 Past winter, the flood without any damage, gave the opportunity to take some unusual pictures, as here in Jarnac and Bourg Charente. 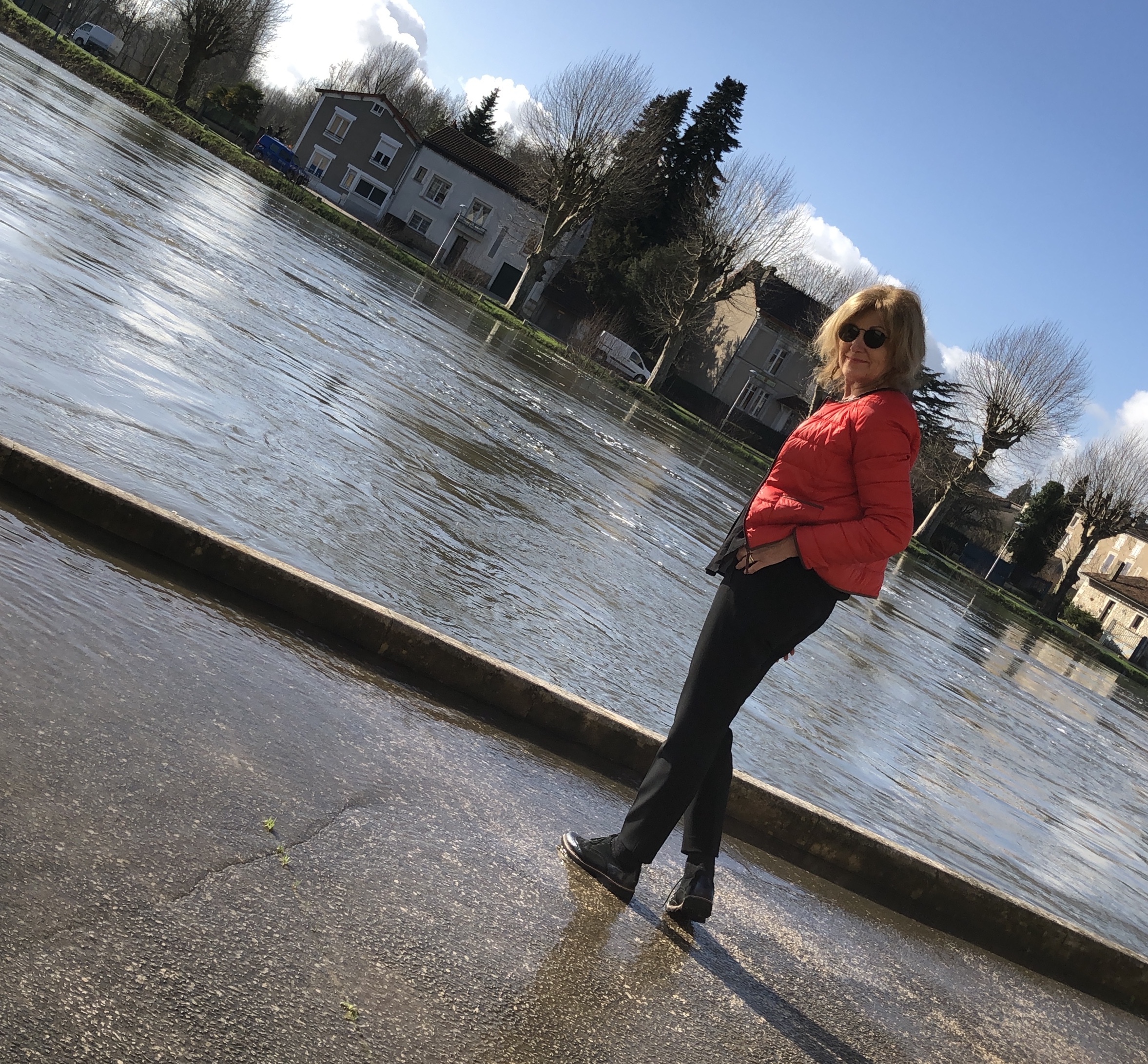 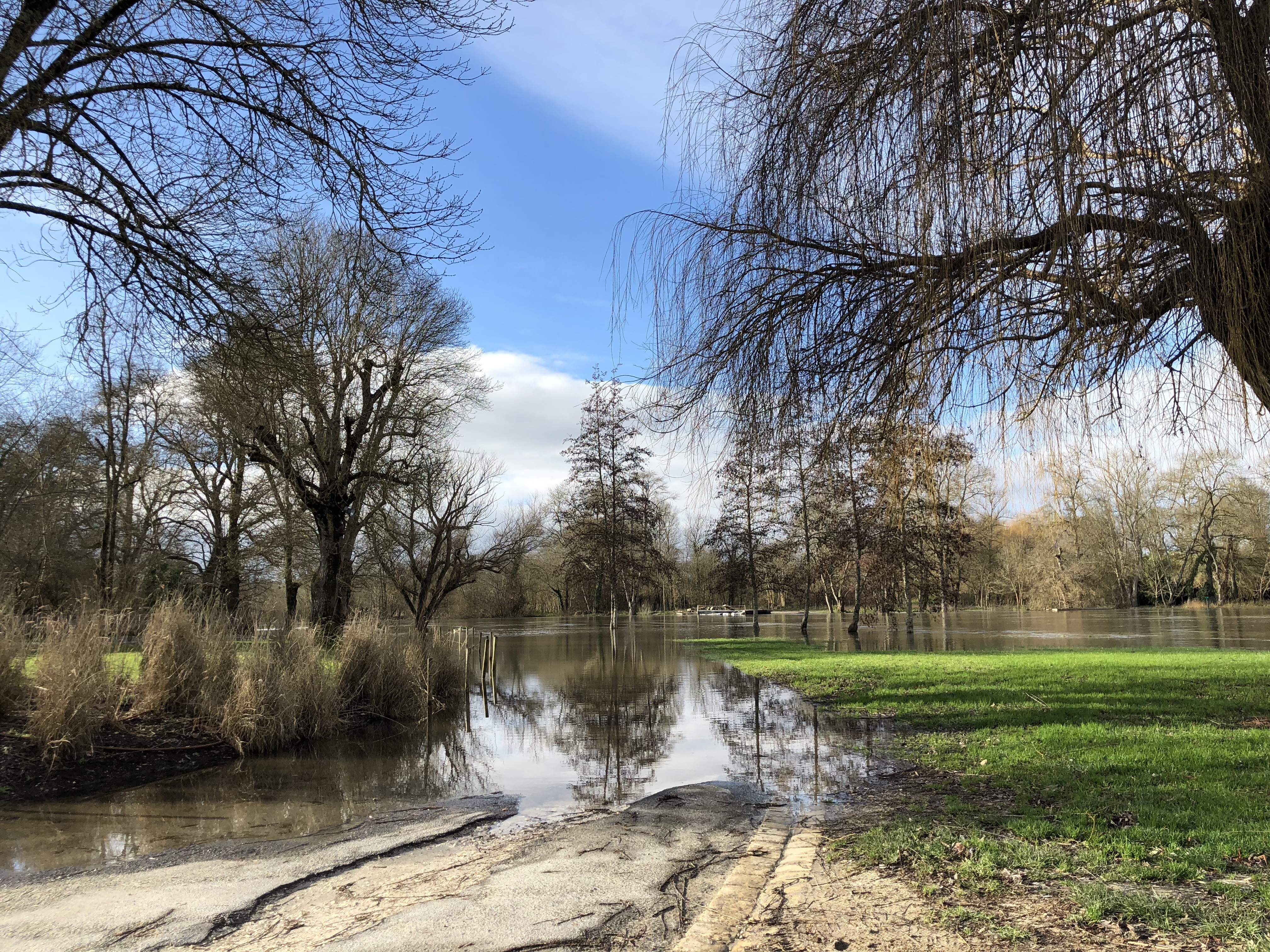 An economic link since many centuries

At the beginning, Charente was one the major trade path : paper from Angoulême, salt from Re Island cannons for vessels built in Rochefort, were loaded on boats called “gabarre”.

And evidently, the river has been the first and important mean of transport for cognac. Barrels were loaded on wharfs of Jarnac and Cognac directly on board towards Rochefort harbour, and then boarded on big sail vessels to cross oceans.

Vestige of a paper fabric in Angoulême 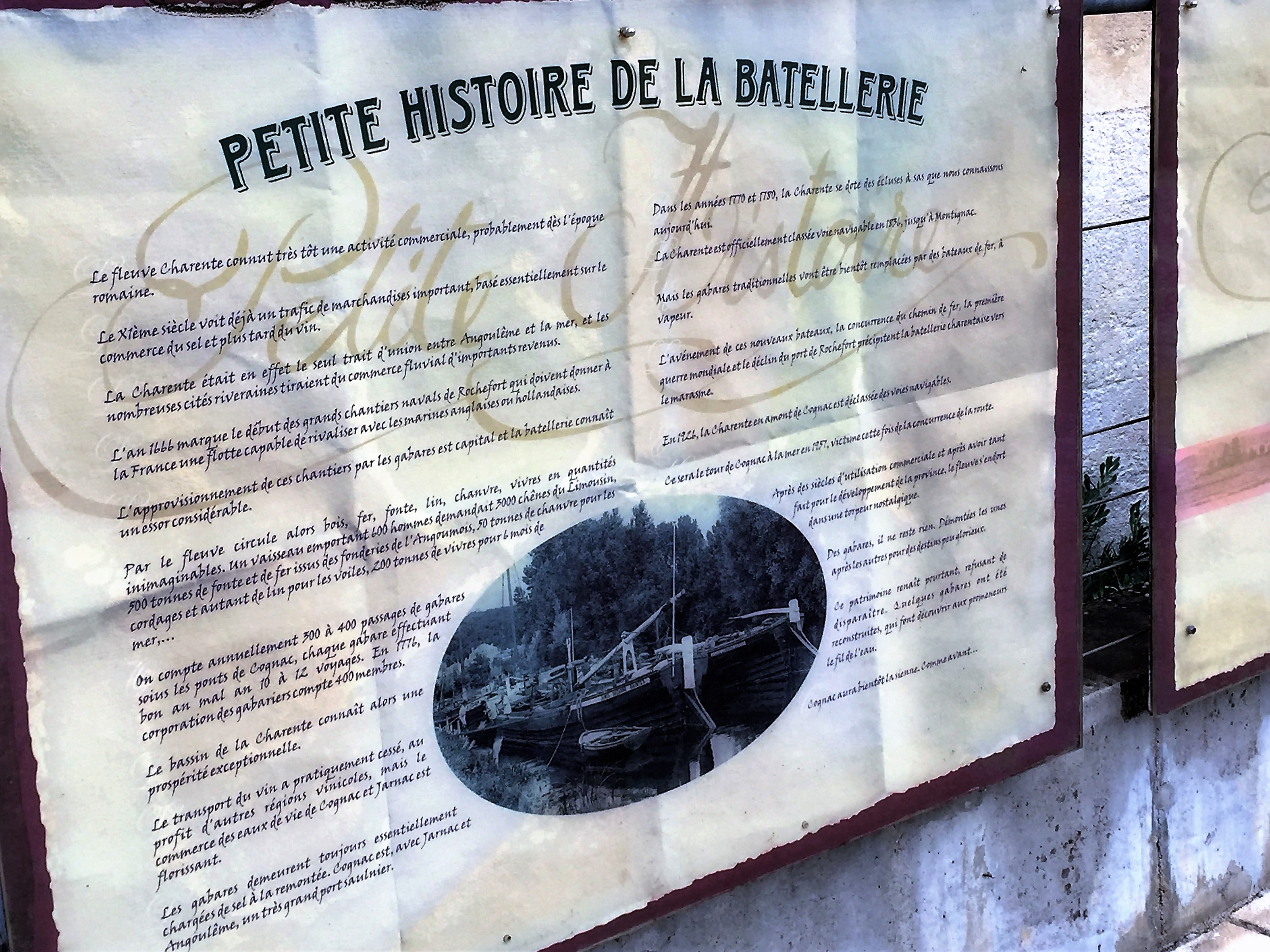 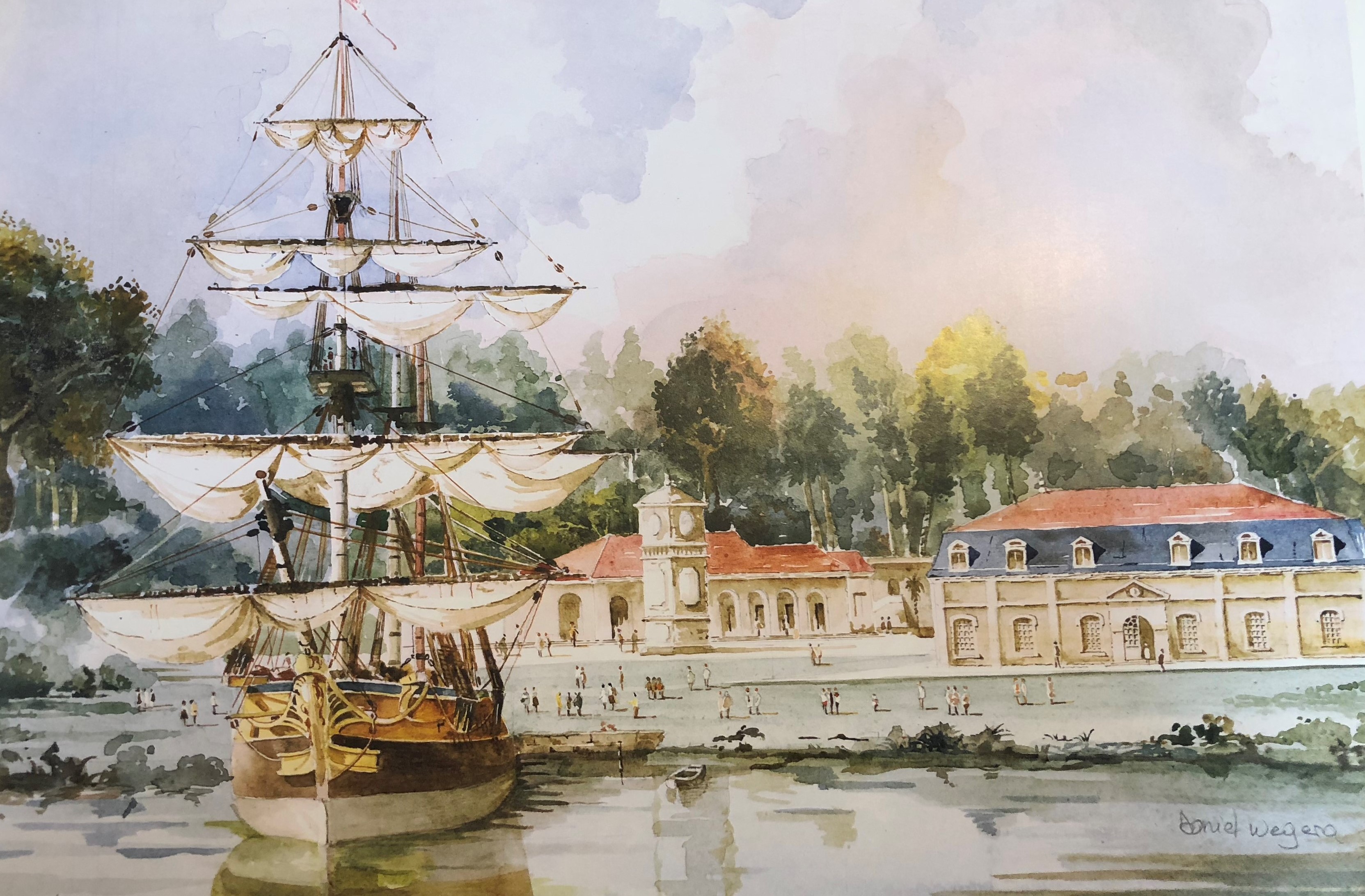 The Rochefort harbour front of the Corderie Royale 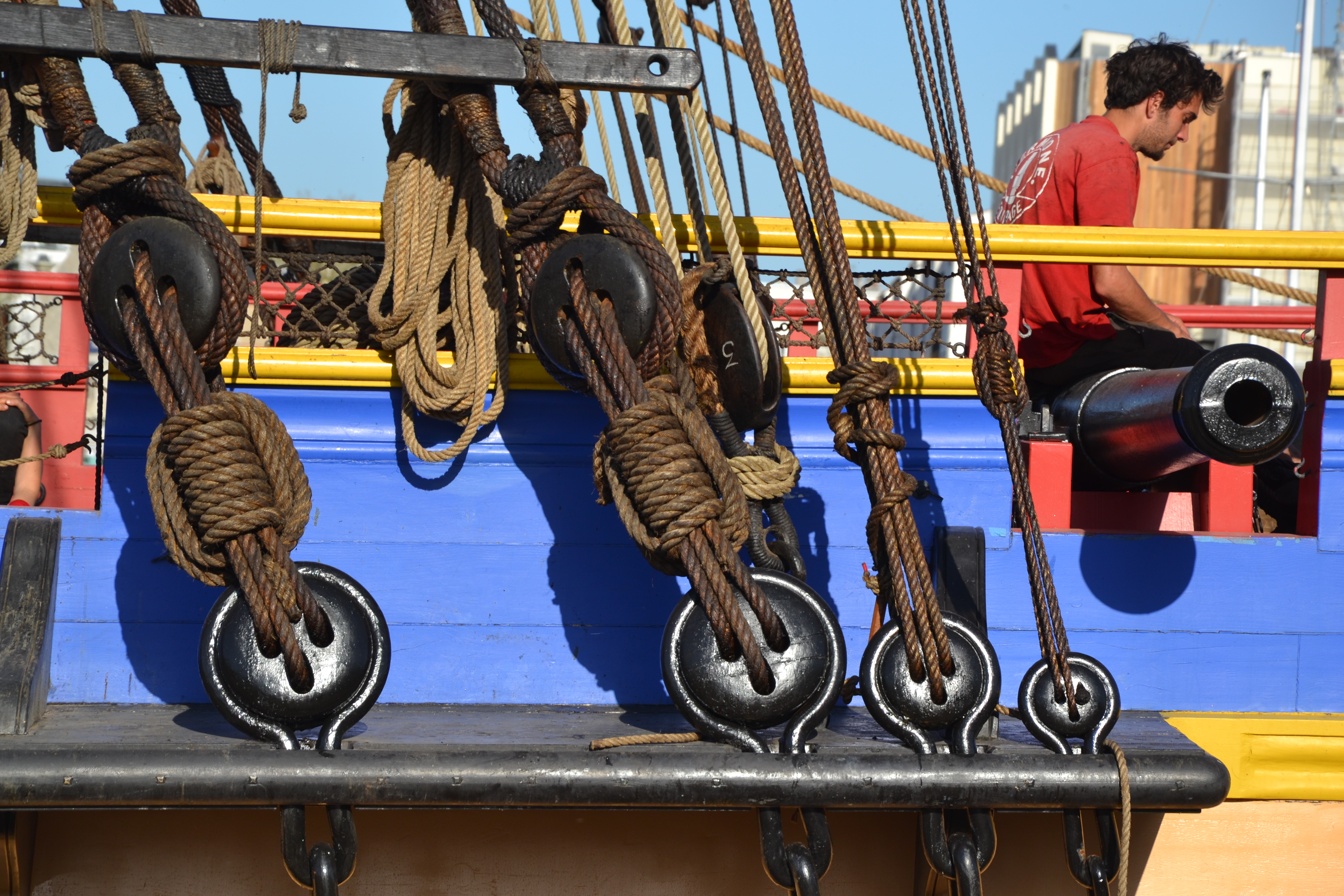 The replica of the famous Hermione Ship 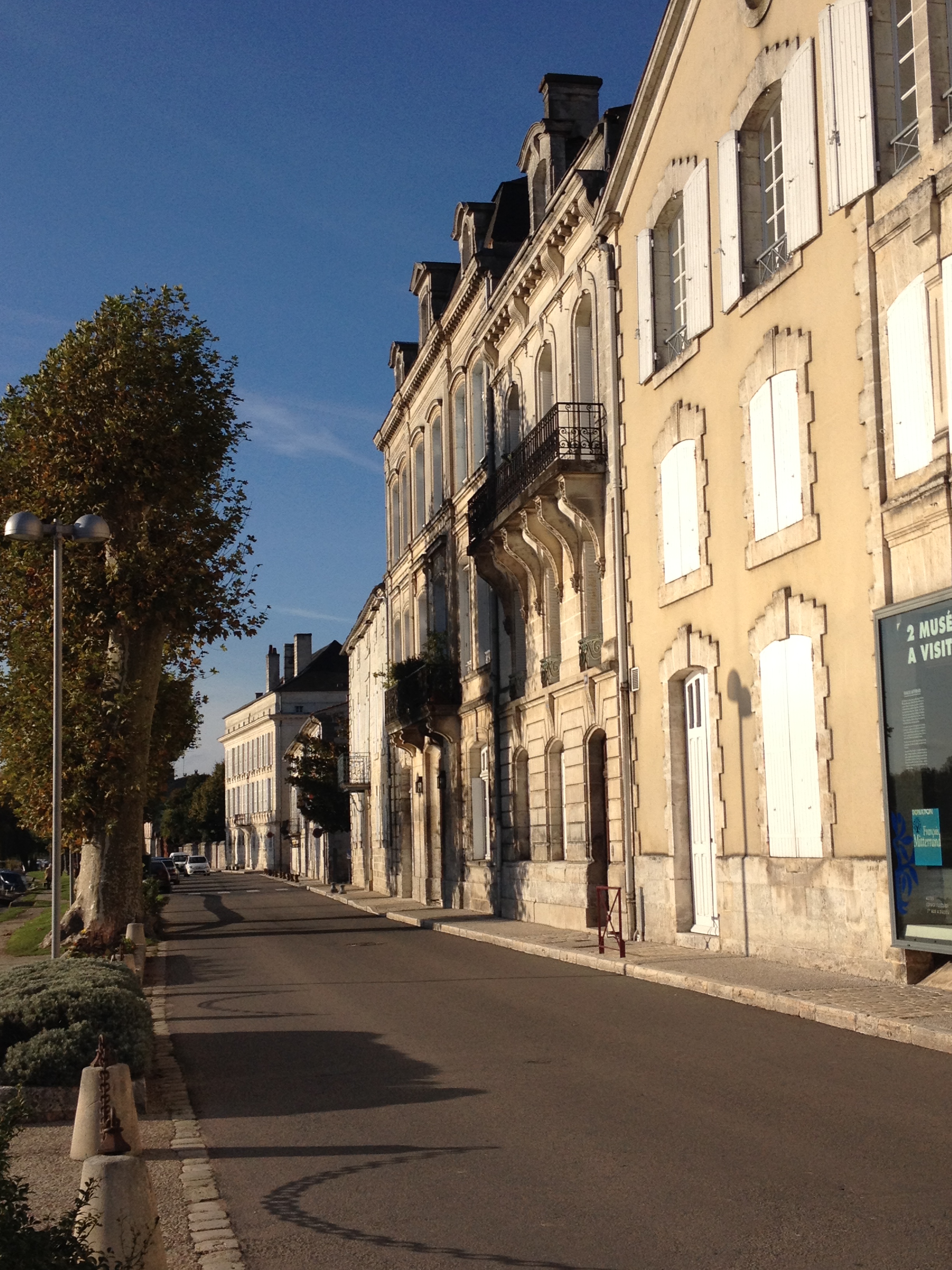 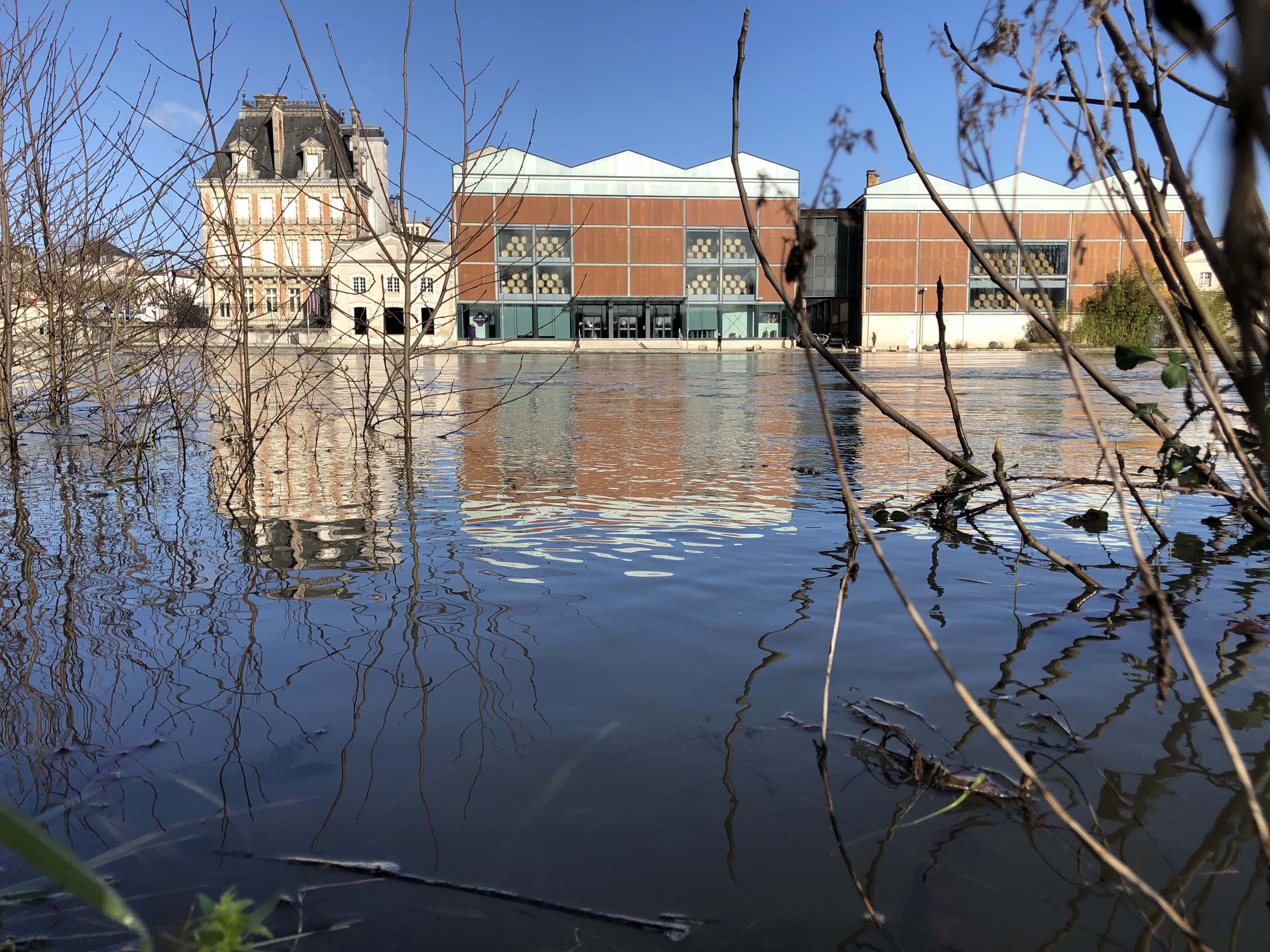 Courvoisier, during january flood. Charente stopped just under the wharf…

As containers, trucks and railway replace the “gabarre” the river felt asleep, and the river banks too for a while. And as the sleeping beauty, Charente is coming back with the green tourism and developpment of river cruises. The “flow velo” allowed to follow the river on many kilometers by bicycle. Hiking paths, canoe, paddle, fishing, many activities are possible respecting the nature and the river. 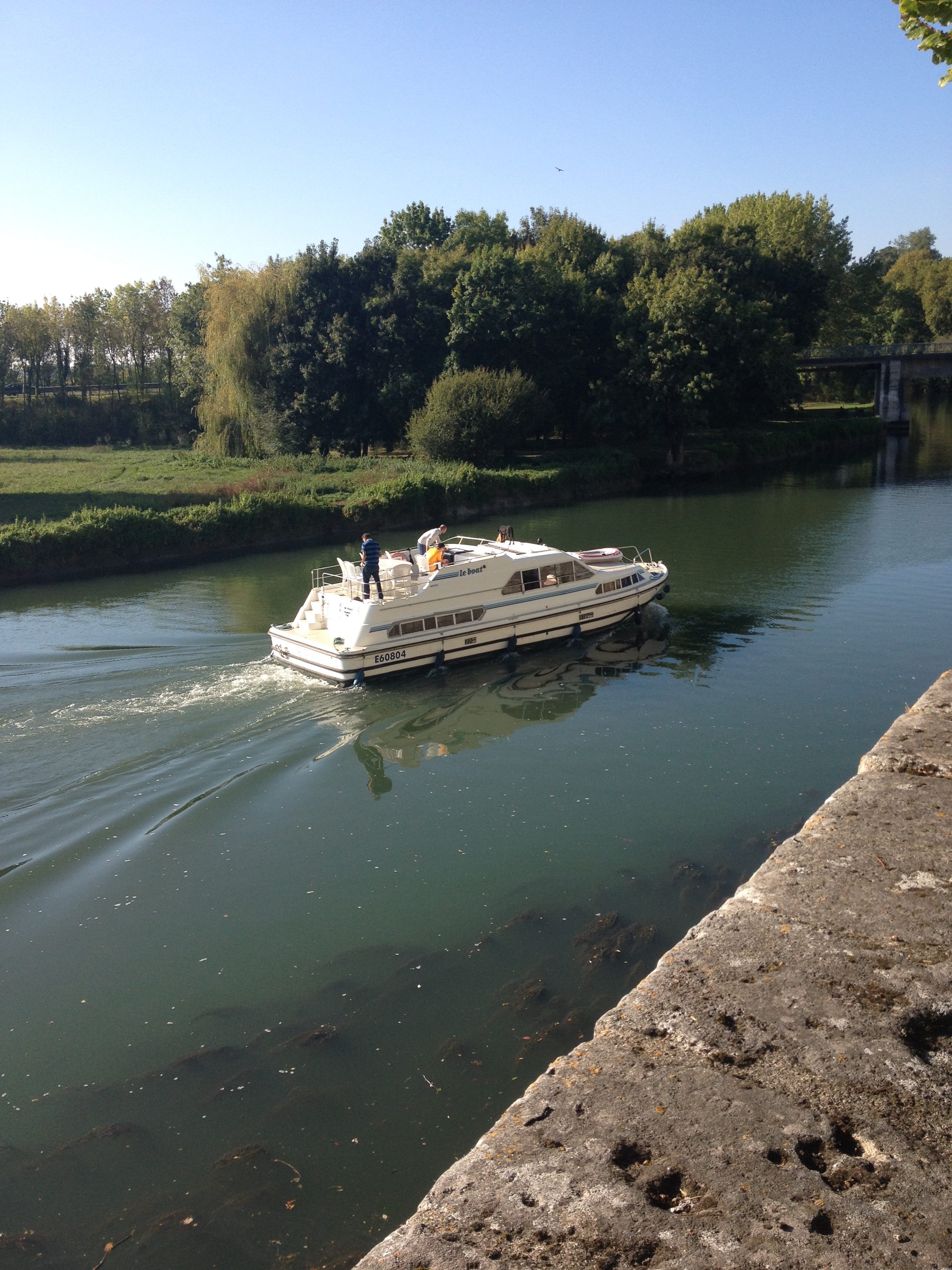 Crossing Saintes city on board 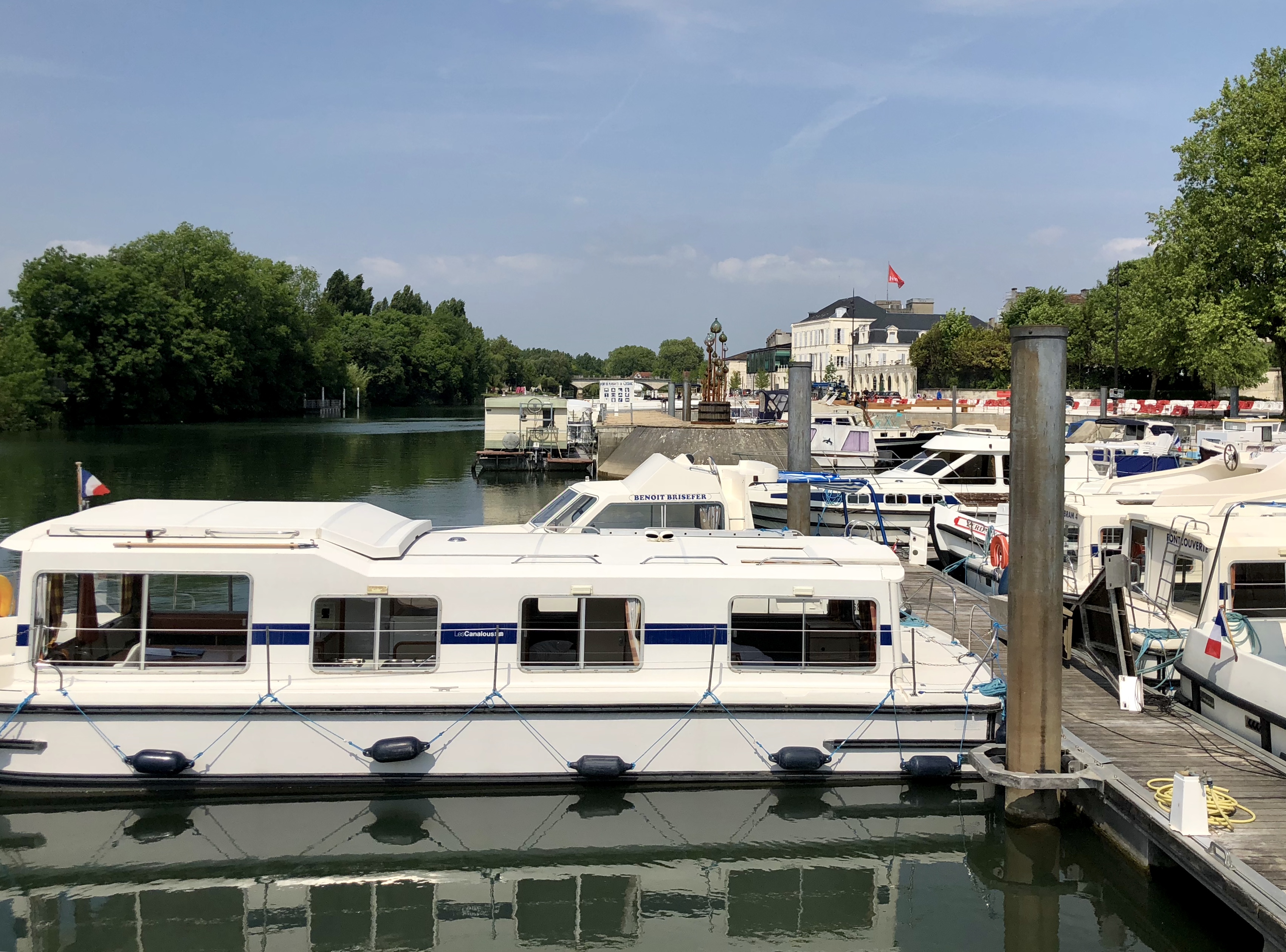 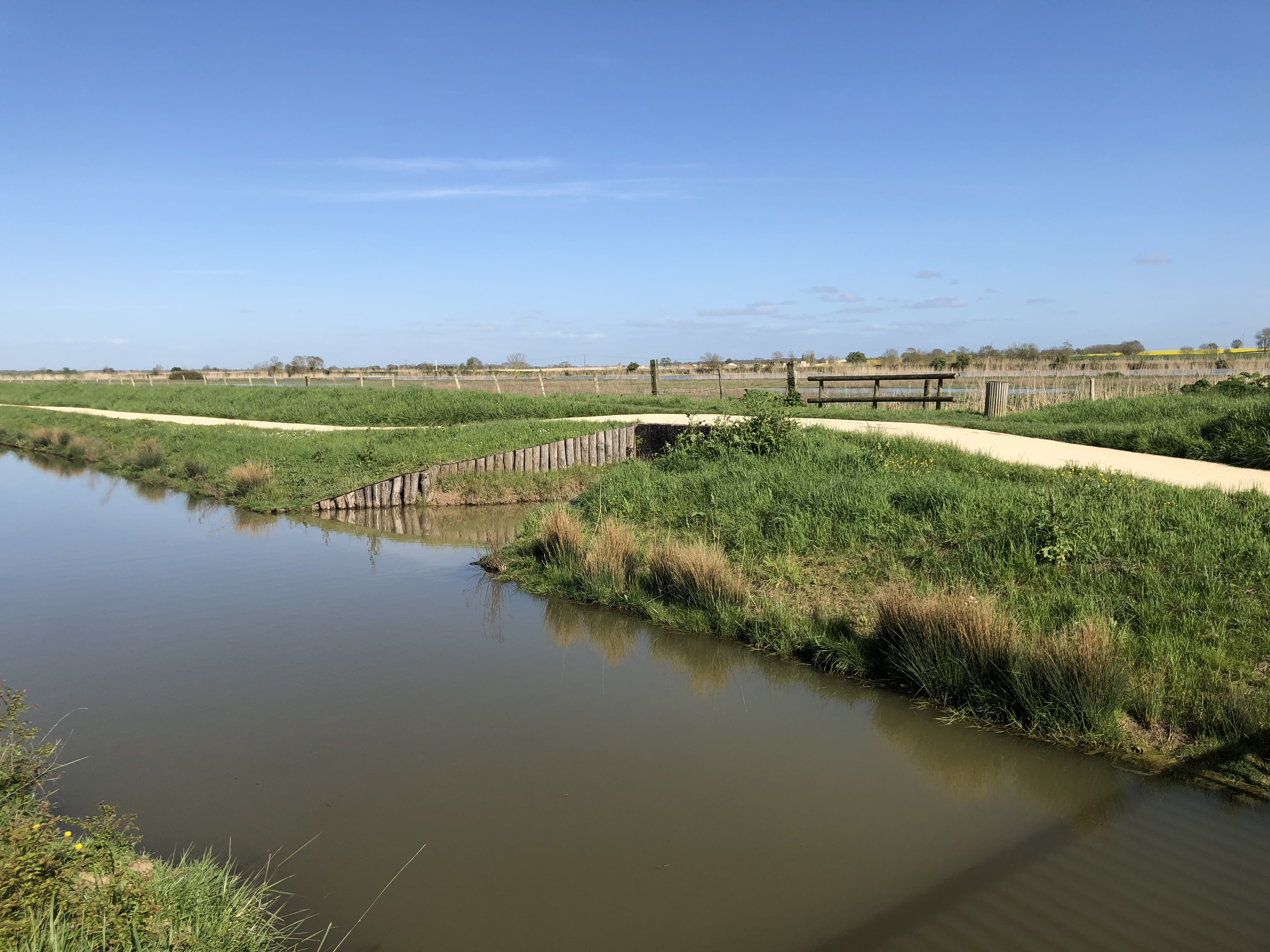 The path of watchers, in Rochefort 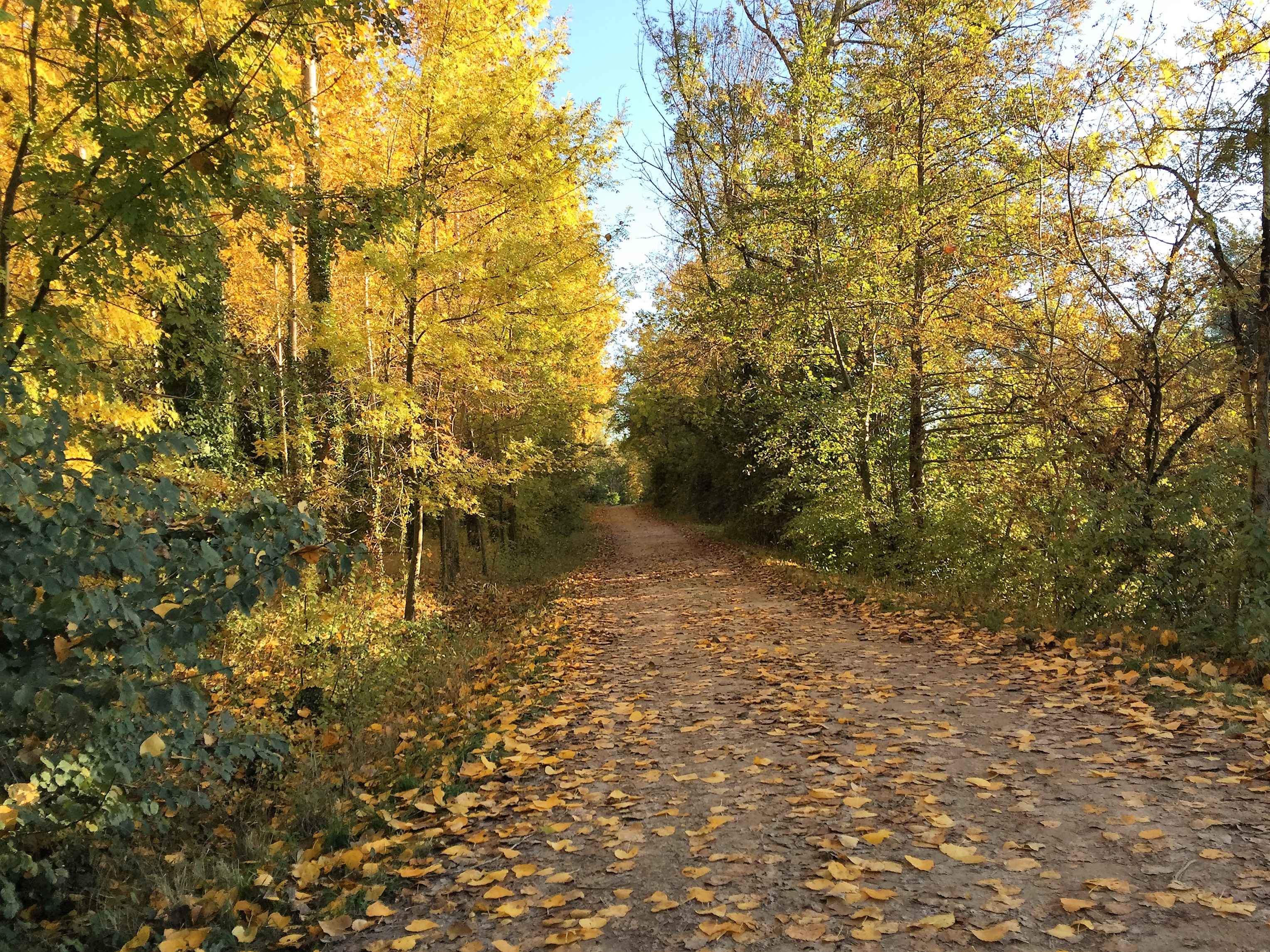 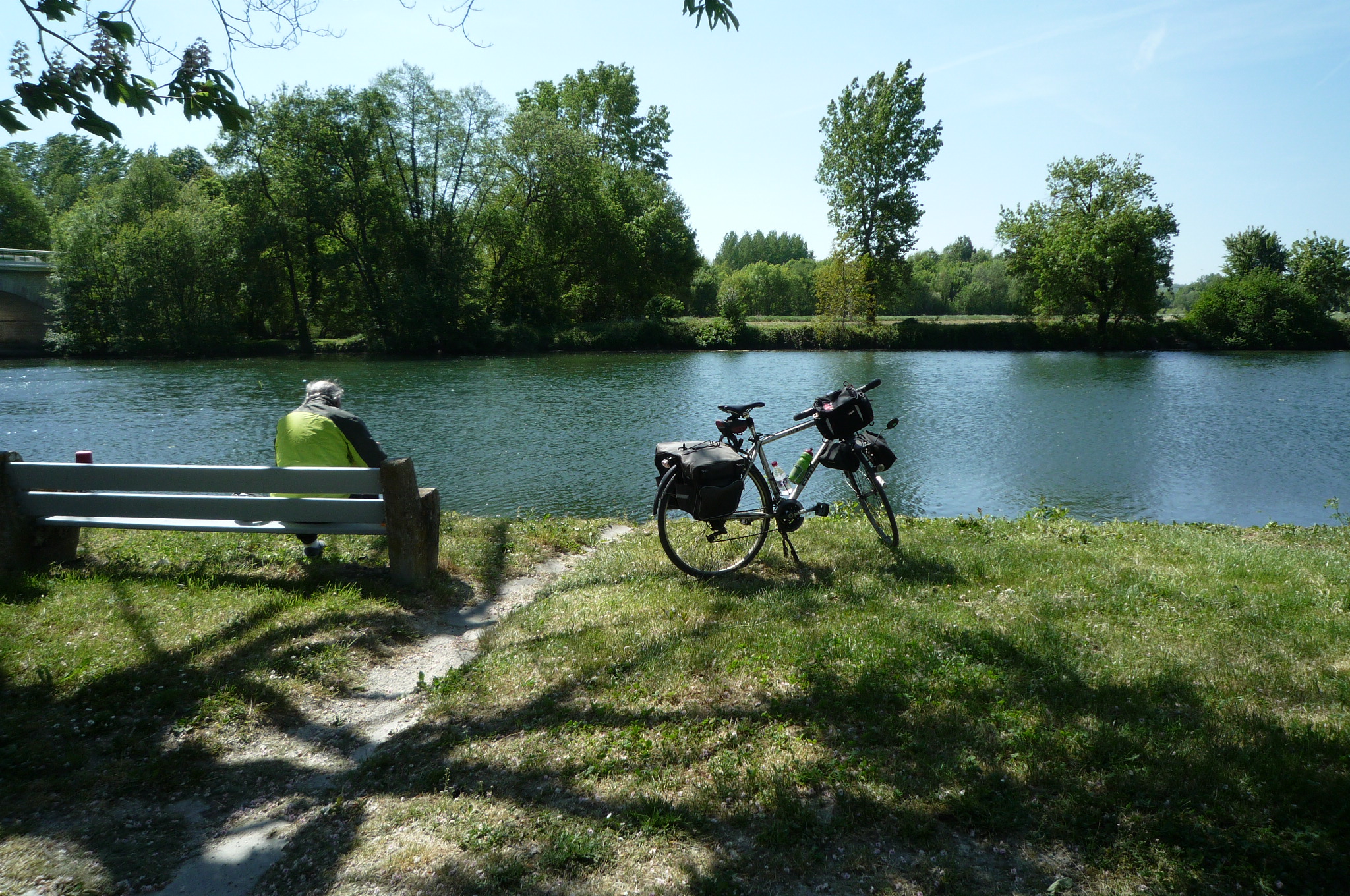 The occasion to see some nice hidden properties 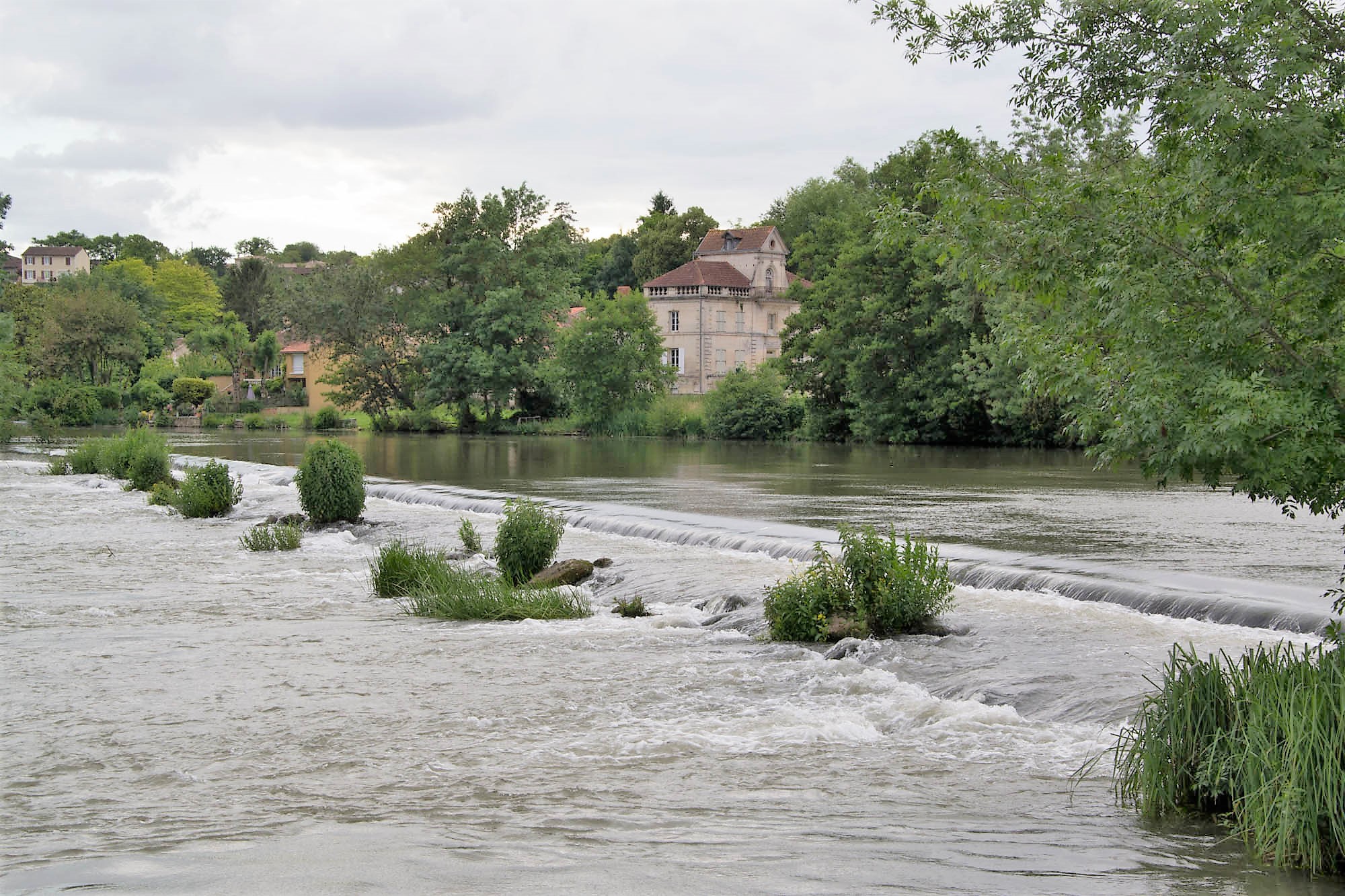 watch to the small  inhabitants of the river

and the numerous species of flora. 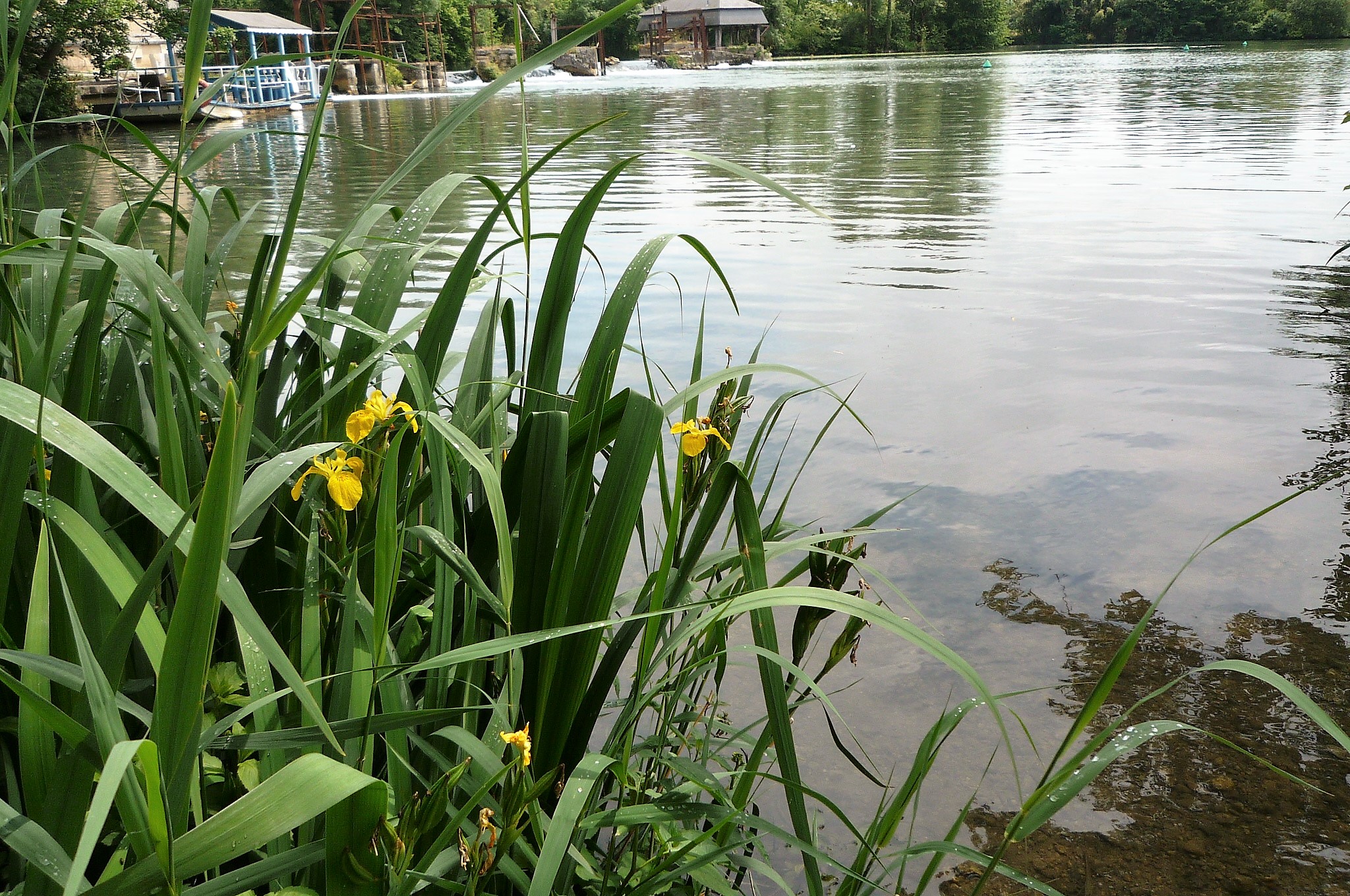 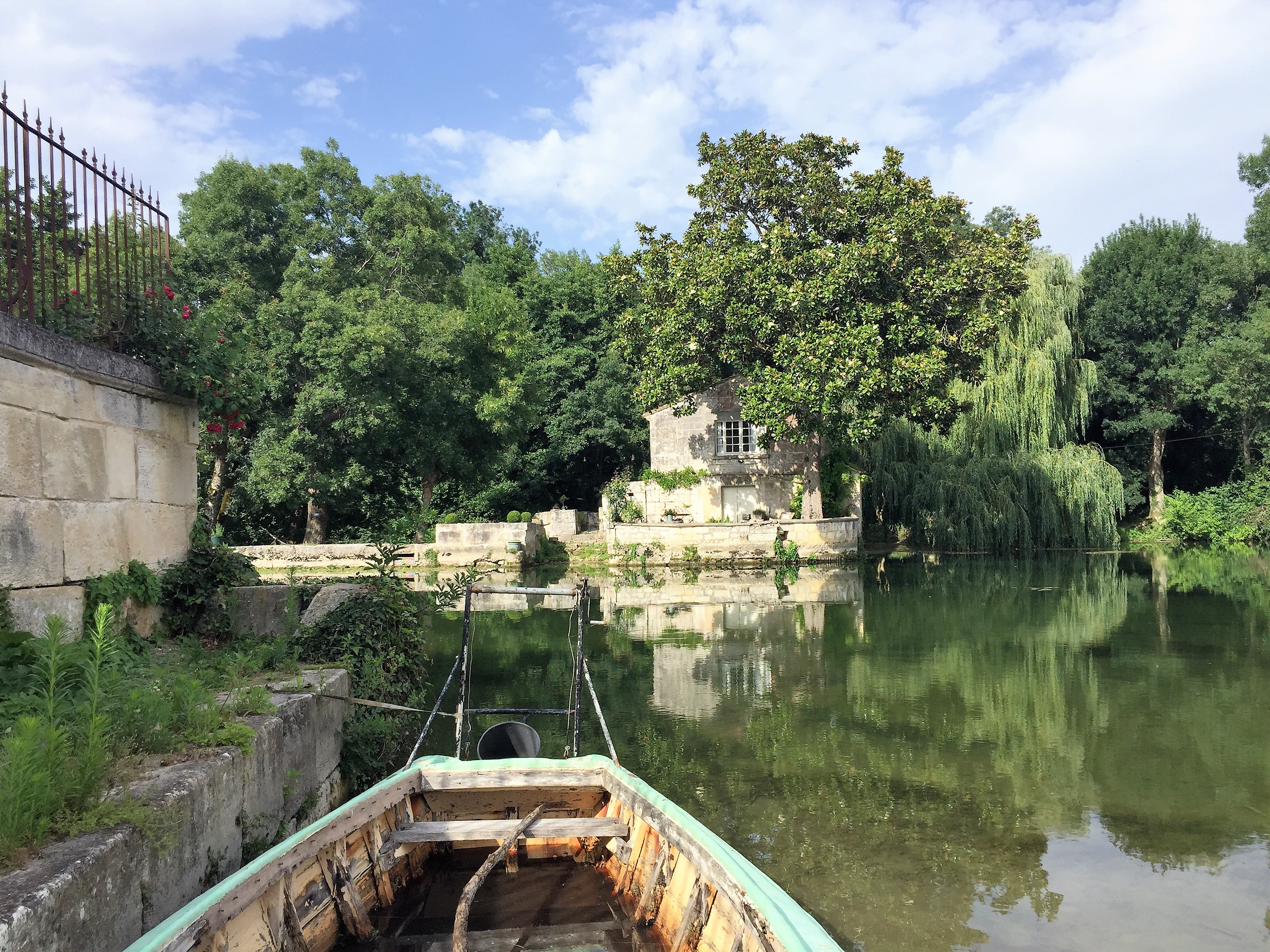 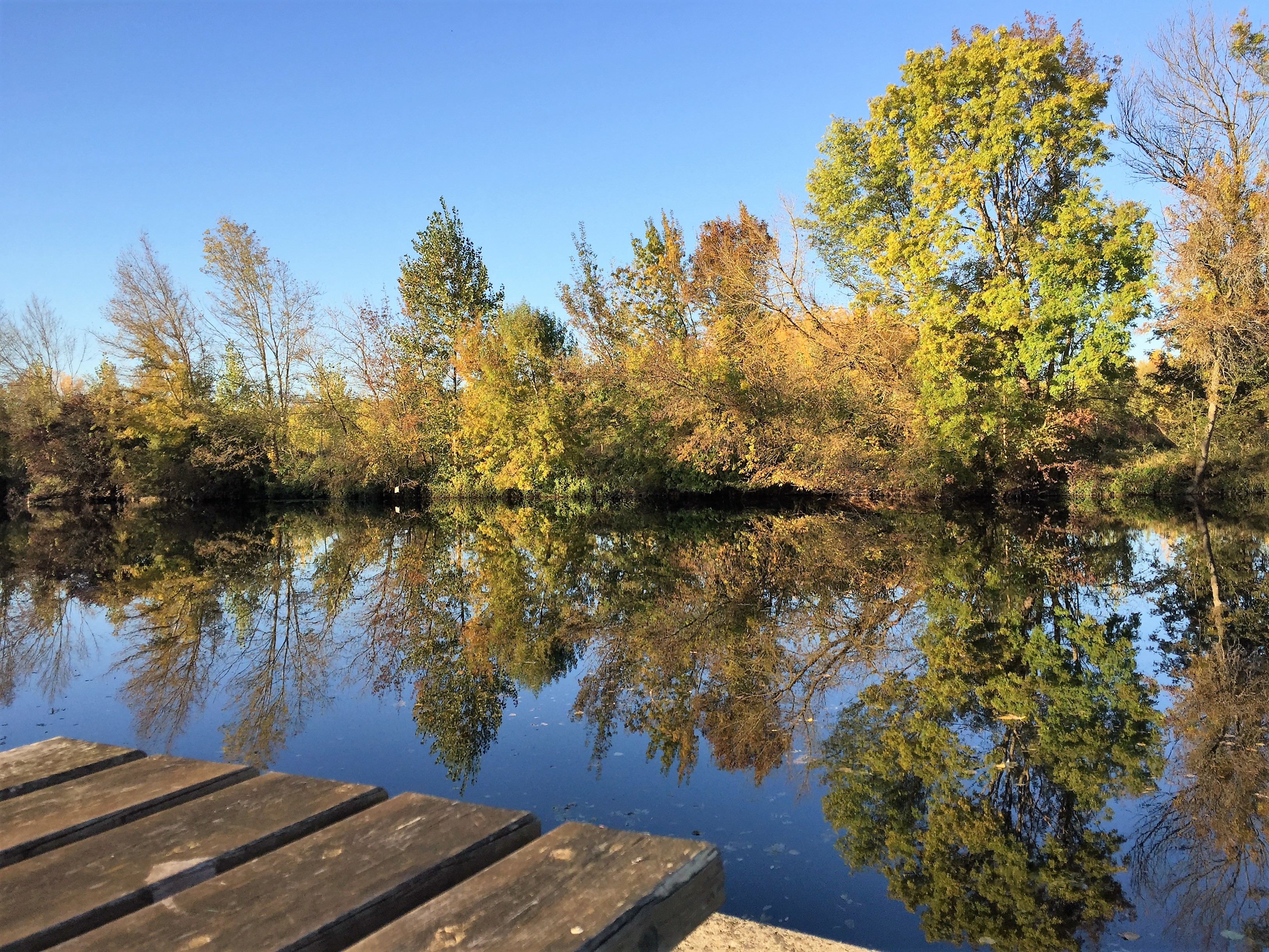 Charente river is a perfect example of slowlife attitude, and a stress free oasis. So, when are you coming ?