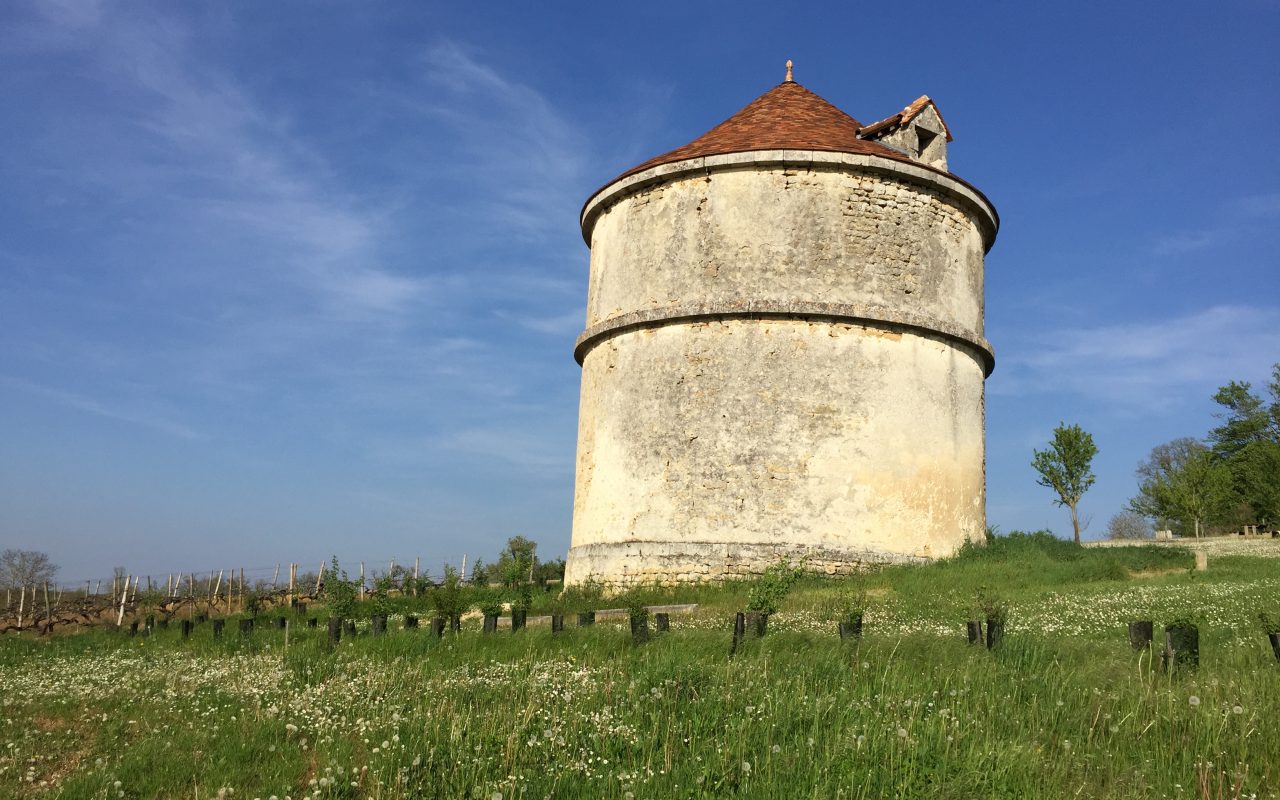 On the top of the hill, it looks great and proud amongst the vineyards. Without  doubt it  is one of the most interessant dovecote of the cognac  region and one of the most important. Built with the white limestone from Charente,  this “pigeon loft”  has crossed more than 300 years… Welcome to the Pigeonnier d’Ardenne.

In the past time, the dovecote told us on his owner and of his importance. Only the nobility could have right to own a dovercote.  The authorizaton given to built a dovercote was called “Le droit de fuie” which ended during the french revolution, end of XVIII century.

This “pigeon loft” has been built in 1717 for Pierre Méhée d’Ardenne,  musketeer of the King and famous swordsman.

The pigeonnier d’Ardenne is covered by a pointed roof.  At 3/4 height, a stone belt avoids the predators, such as weasels and rodents, to enter and kill the pigeons. Same belt inside, as it’s better to be safe than sorry ! 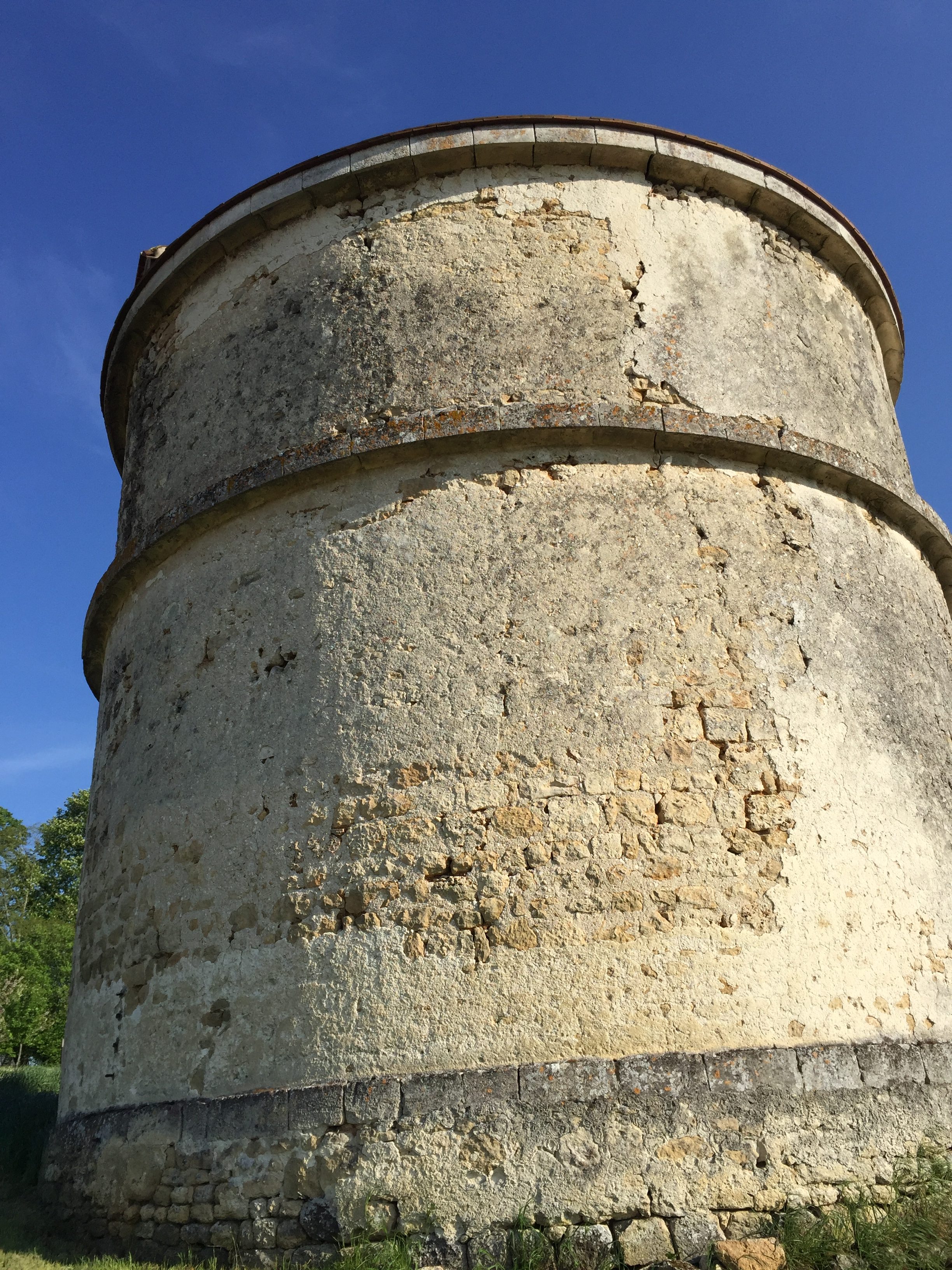 Inside, 850 “boulins”, what we can translate as small individual nest for pigeon, are the symbol of the prosperity and wealth of the owner. Each of them is built in terracotta. 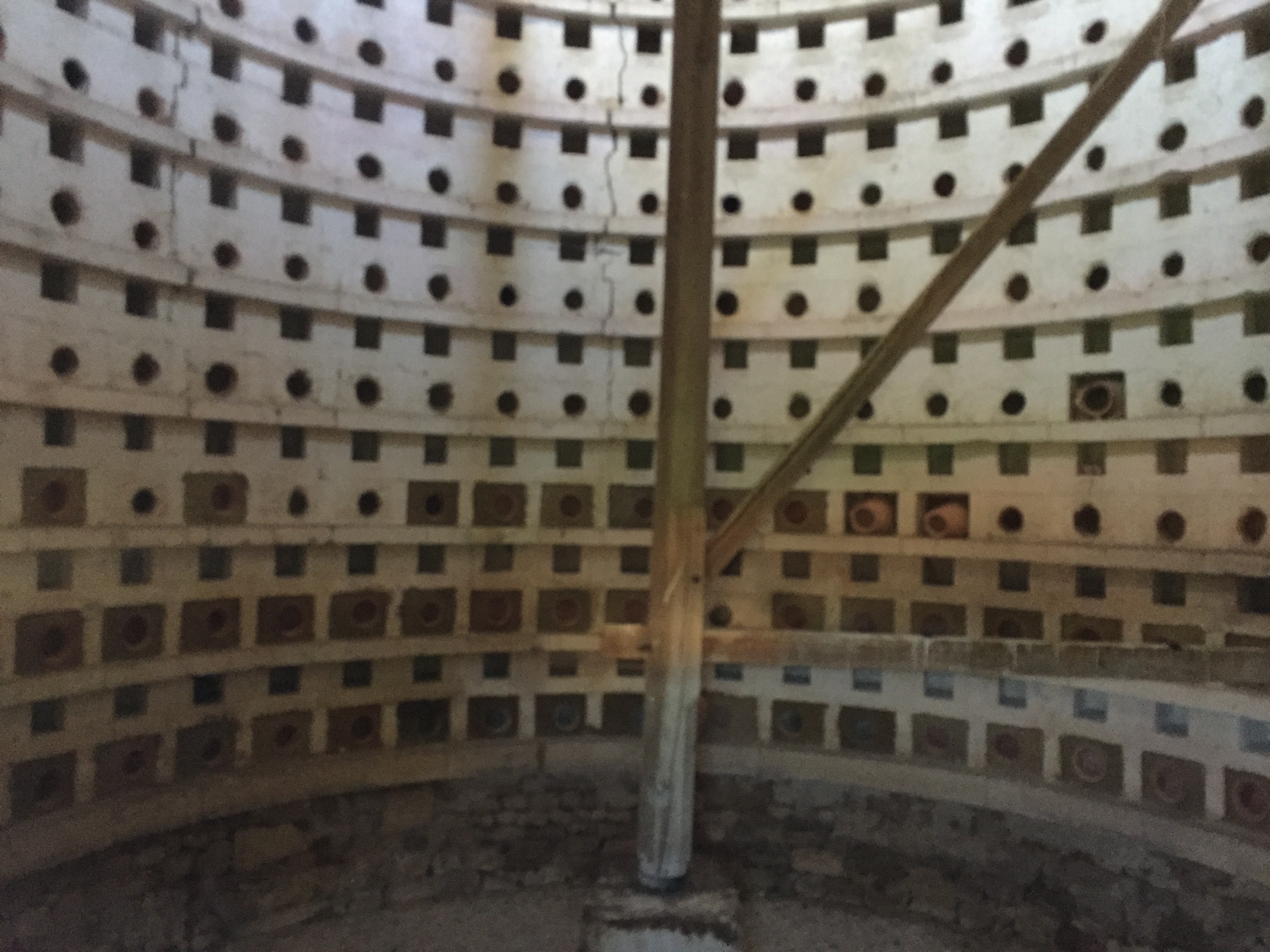 Detail of a “boulin”

Unfortunately the storm of 1999 caused damage to the  roof of the dovecote. And fortunately an association has worked to the restauration of this heritage. More détails on the association here . Every one can become donor. 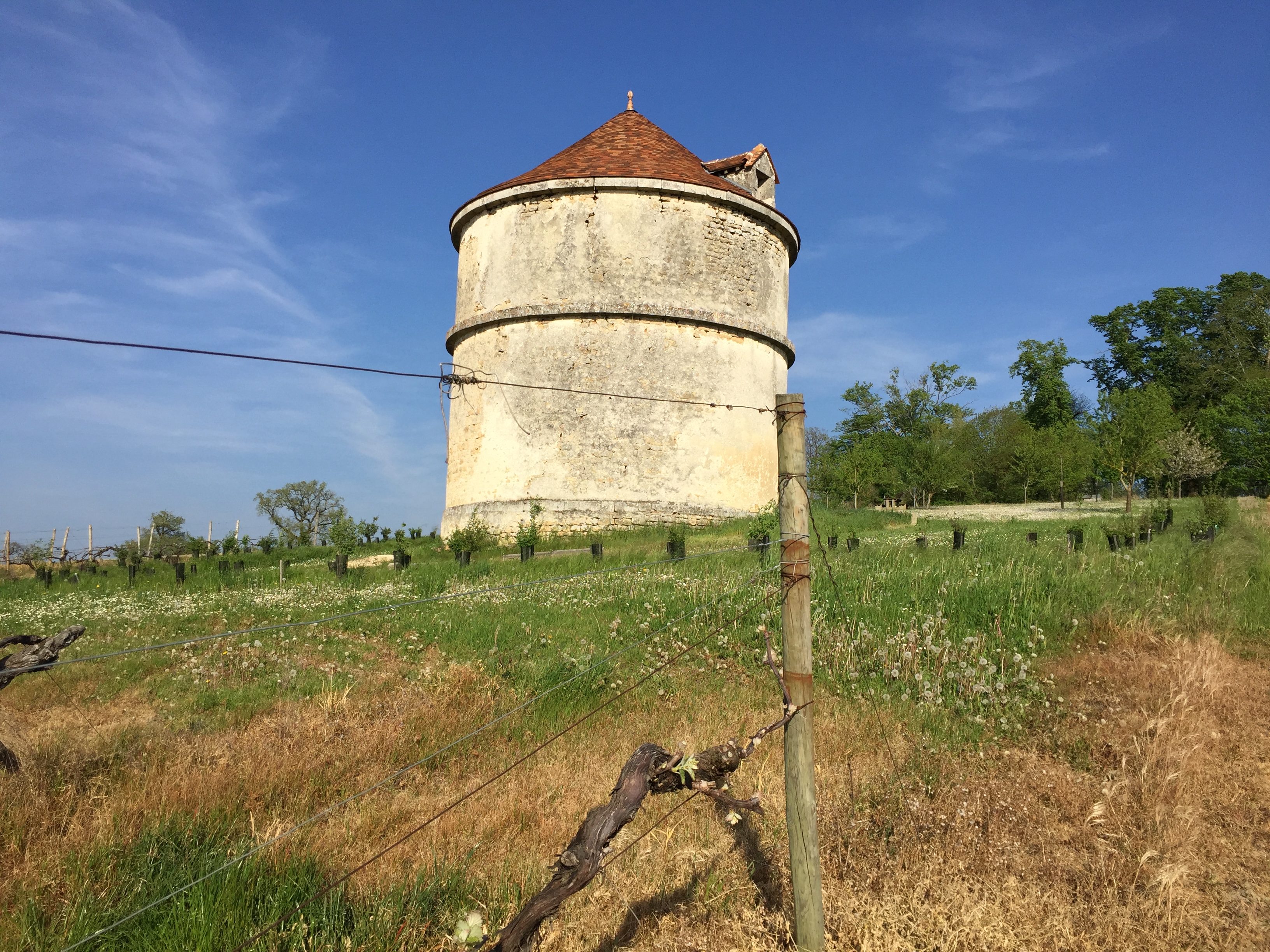 The pigeonnier d’Ardenne is surrounded by numerous trees fruit from ancient varieties :  almond, cherry, pear, fig…. The children of Moulidars school have planted theses trees in 2007. It’s now a beautiful place to rest and discover the landscape. 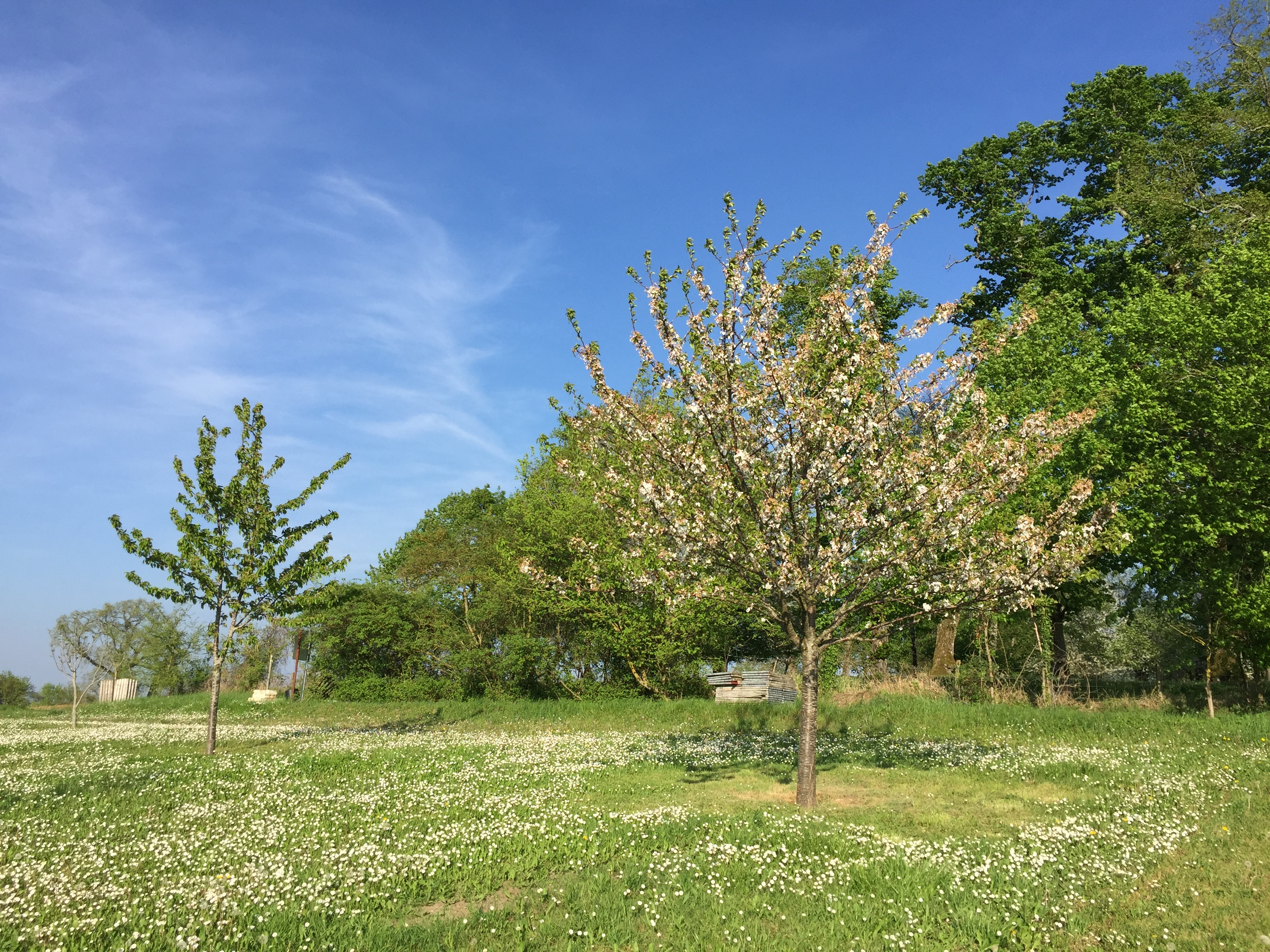 In fact, a very nice stroll with a stunning view specially on spring time. 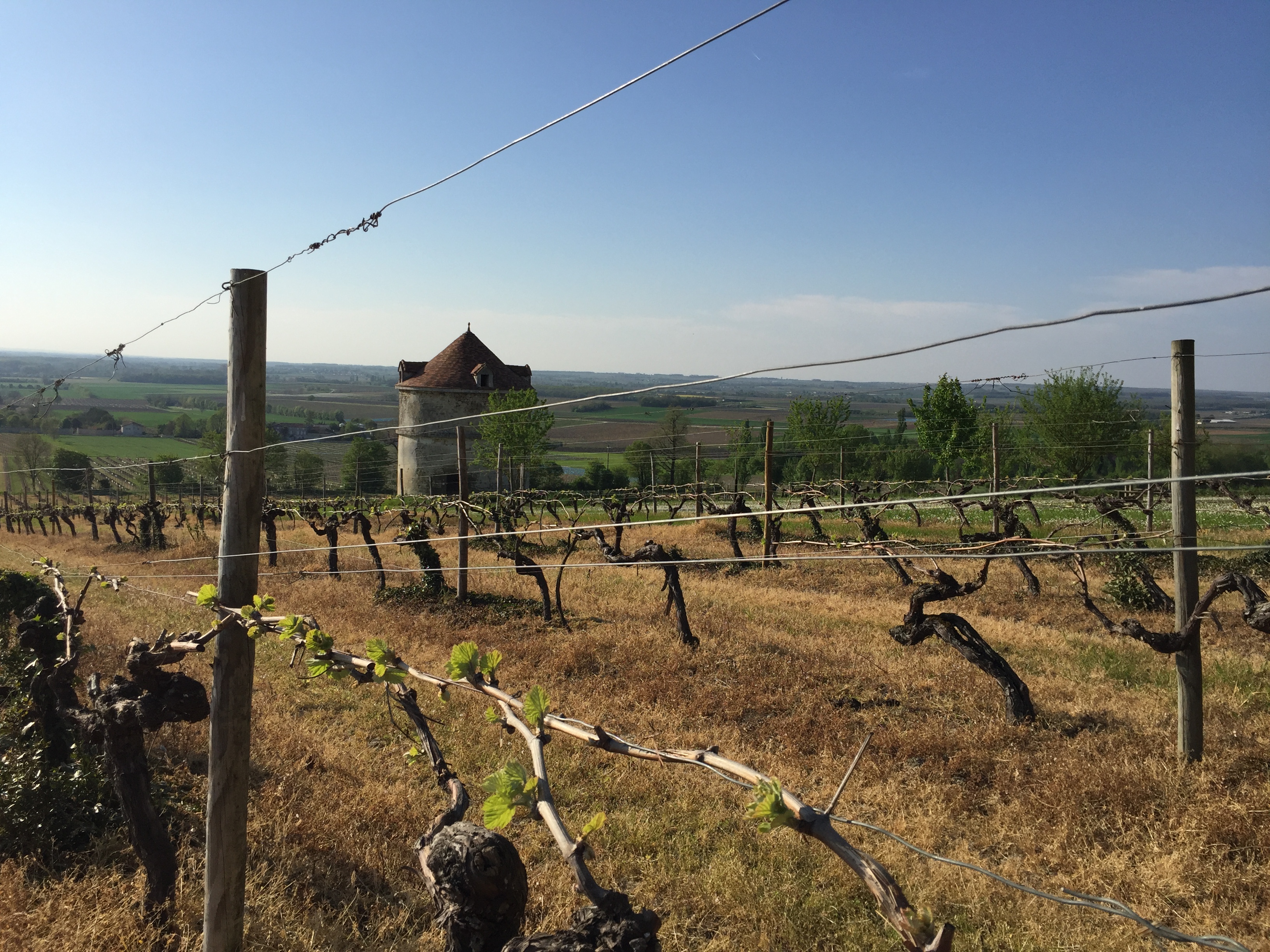