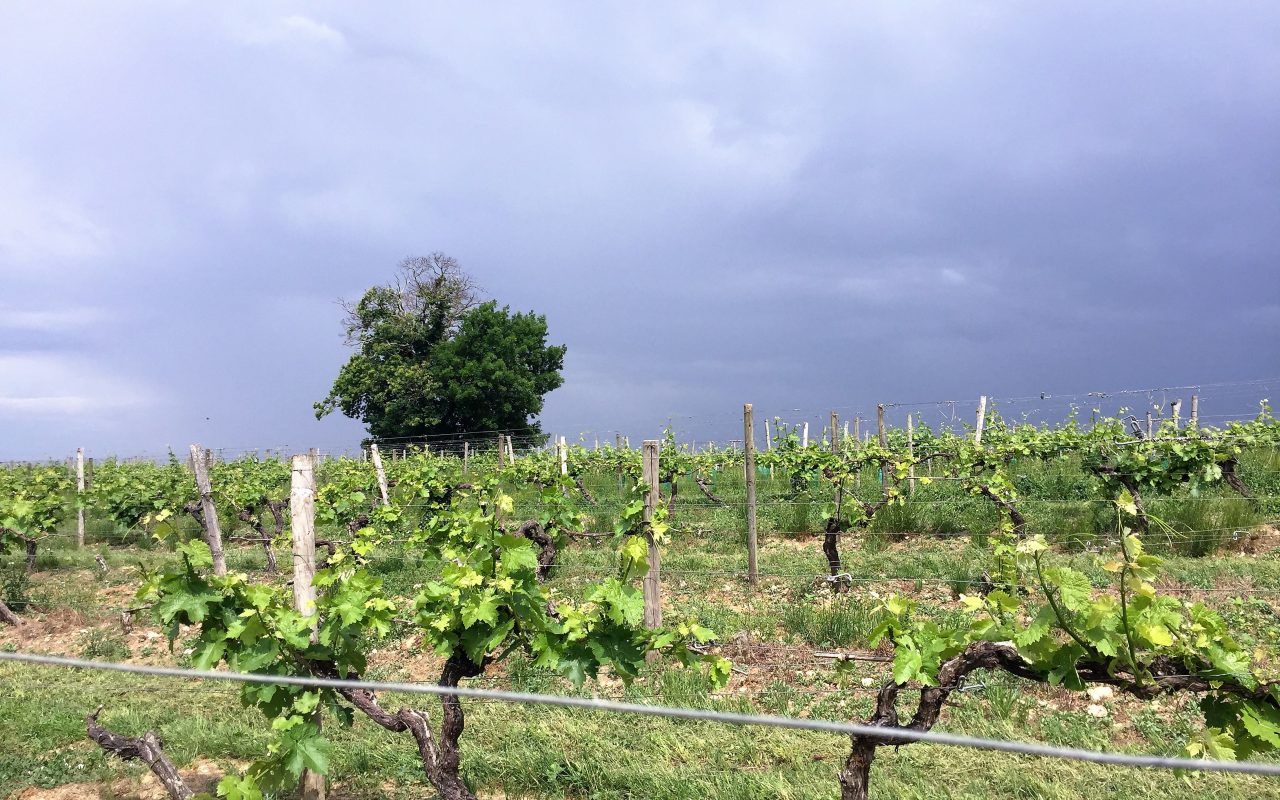 Nature remains the boss and knows how come back as a reminder of anyone who would forget it. Obviously, the winegrowers don’t belong to  this category. They daily work with it and have the memory of at least one painful event. Hail storms last year, unexpected frost on may this year, belong to theses bad memories. In fact, how protect vines and then harvest from climate disasters ? Is it only possible ? What winegrowers feel face to theses moments ? Living in Cognac has met Nicolas,  winegrower and deeply involved in Professional Organization on climate subject.

A day who remains in the memory, May 27th 2017 : a short-term hail storm suddenly crossing the area, without any alert before, and 7′ later, 10 % of the vineyards have been injured for more of 80 %. I was in vineyards with a friend of mine who was planting new vines. It was really hot for the season, the sky was blue without any cloud. Suddenly an huge grey line appears coming from south-west very quickly and quite few minutes later, hailstone like golf balls felt on our heads. It was terrific of noise and fury.

Even if they know that nothing can be taken for granted , even in they are insured against a number of climate risks, the winegrowers deeply feel theses moments, and emotion takes a lot of time to disappear.  Many of them speak of their vines as a human being, or one of their children. “she has a cold”after a strong night-frost , “she smiles” when the  buds and leaves recover new energy, the alert far away…

“Hail and frost are in any case traumatic period” tells Nicolas. ” The work of a whole year is wiped before our eyes in a single instant without any possibility to protect or prevent”.

Then comes the time of findings and doubts :  what the vine will do ? how it feels ? and what’s about the next year ? which consequences ? And as an evidence, no harvest for this year : an happy moment which will not happen, and an other period difficult to live.

“We are enthusiasts, we do love our vineyards” 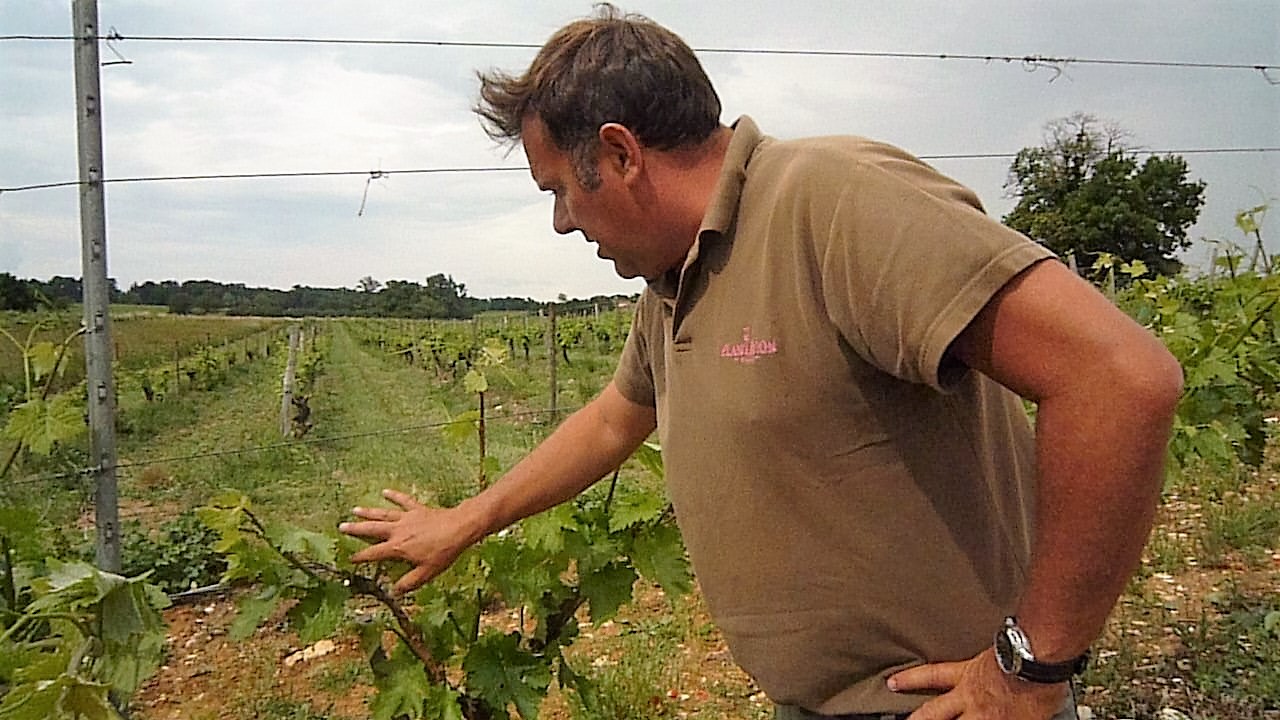 By hearing Nicolas, it’s just like an obvious fact.  When the vine has been affected by hail, we must wait 4/5 days, without do anything even if it’s difficult, and  try to understand how “she” will react . Like a person, “she” is injured, she “curls up”, thereafter,  small attempts of re-start appear, as if the vine  would say  ” Shall I go or shall I stay ?” 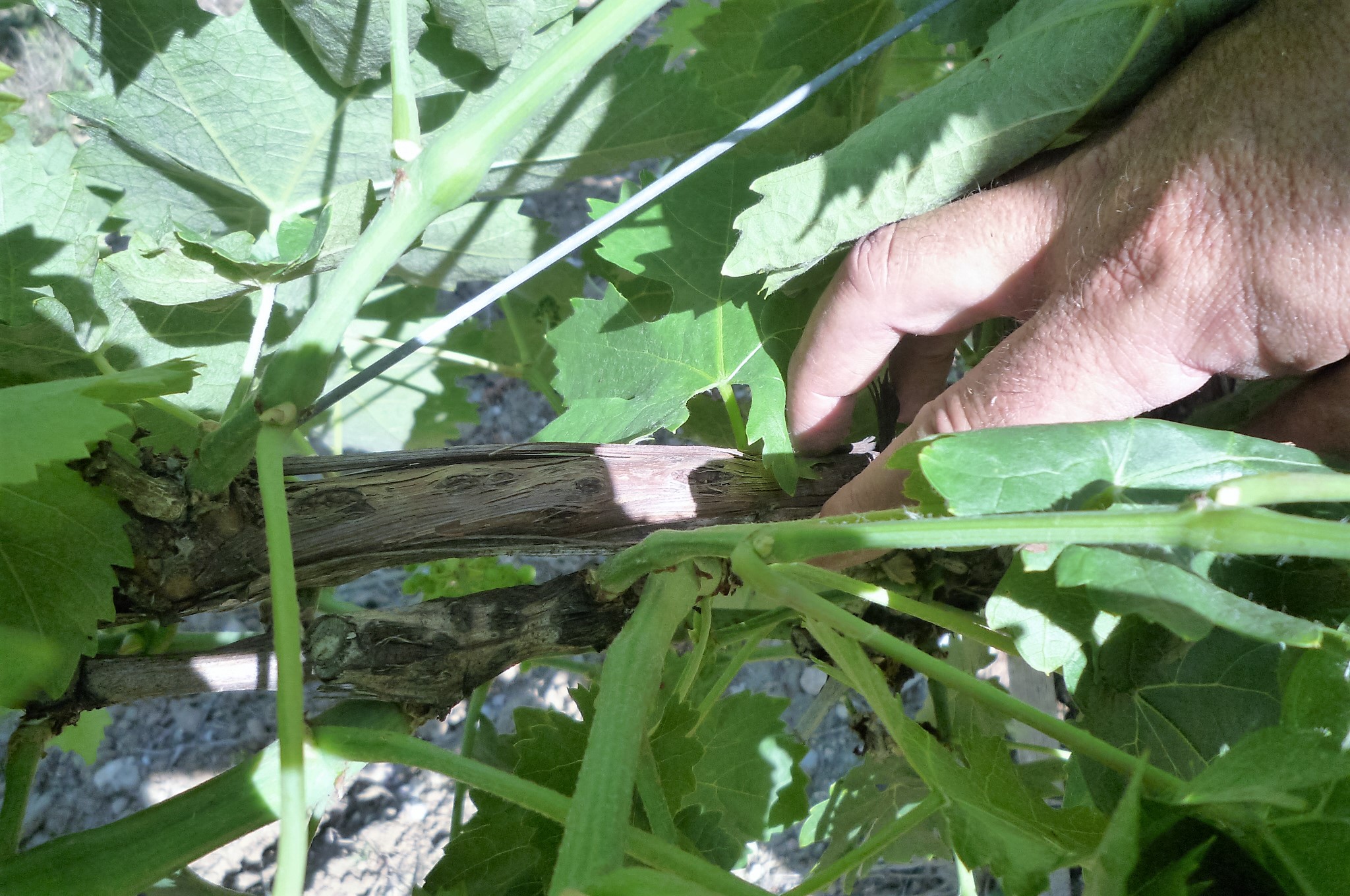 As all his colleagues, Nicolas admits the discreet temper of the winegrowers. ” We don’t have the right words to speak of theses moments, but more than the financial consequence of hail, the more difficult to live for us, is to walk in the rows and see our injured vineyards. It’s often very emotional and even if we are tough guys, some of us can have tears on the eyes”.

180 silver iodide diffusers  are  spread throughtout the cognac vineyards. 4 volunteers  are in charge on one diffuser. As soon as the alert is activited, the main referent, receives it on his smartphone, acknowledges the messsage and starts the diffuser. If he doesn’t answer, the alert switchs to the second person, and so on… To be efficient, the alert must be issued 6 hours before the arrival of the hail and all the  diffusers must be started at the same time. The diffuser located in an area is efficient for an area located about 10 kms farther. 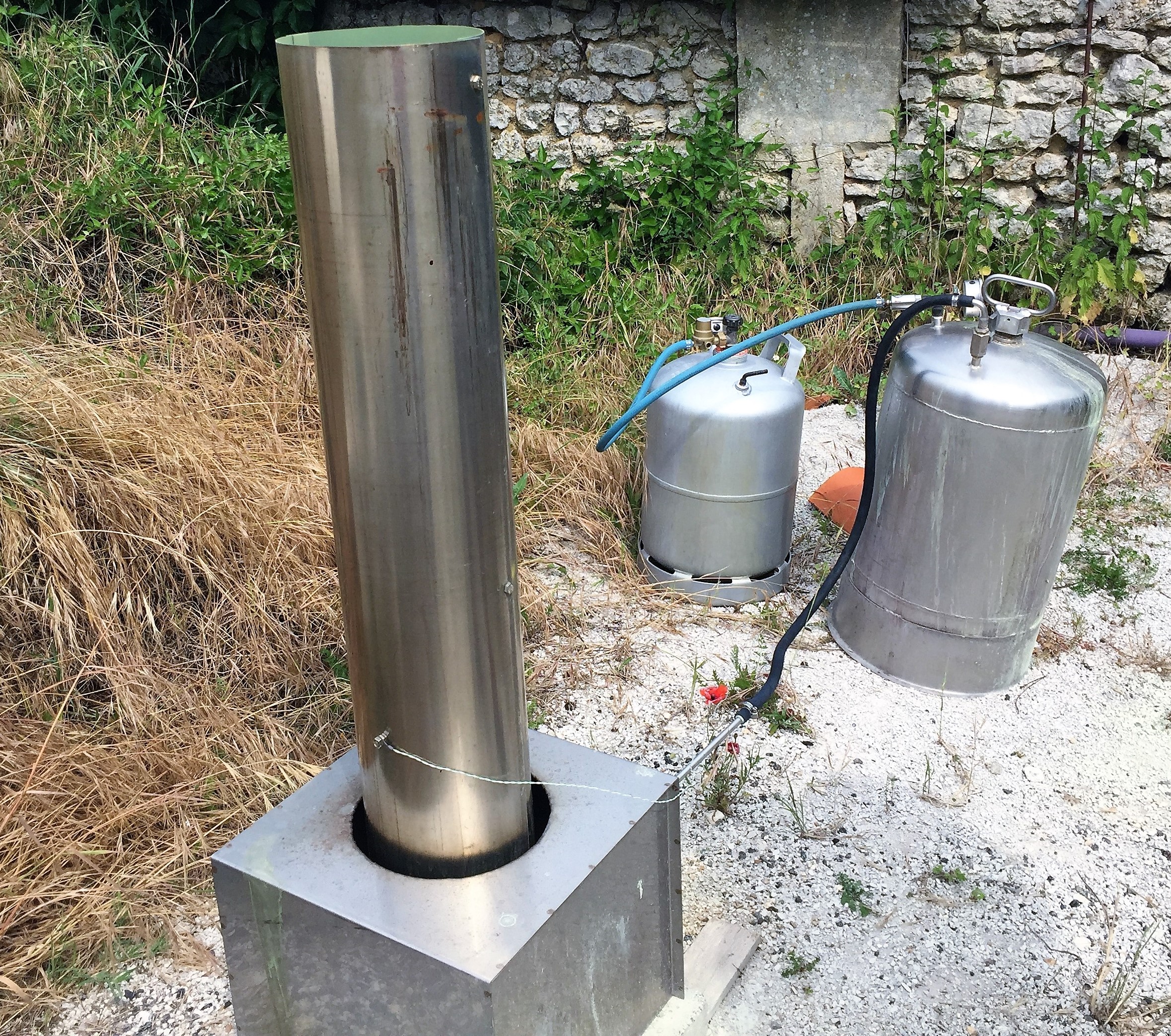 A very simple system to set up : the ignition of the nozzle in the metallic pipe fired up to the sky particles of silver iodide which are be sucked in the clouds. The reaction allows to  decrease the size of the hailstones and so reduce consequently the damages.

Great thanks to Nicolas for his contribution  and disponibility on this specific subject. 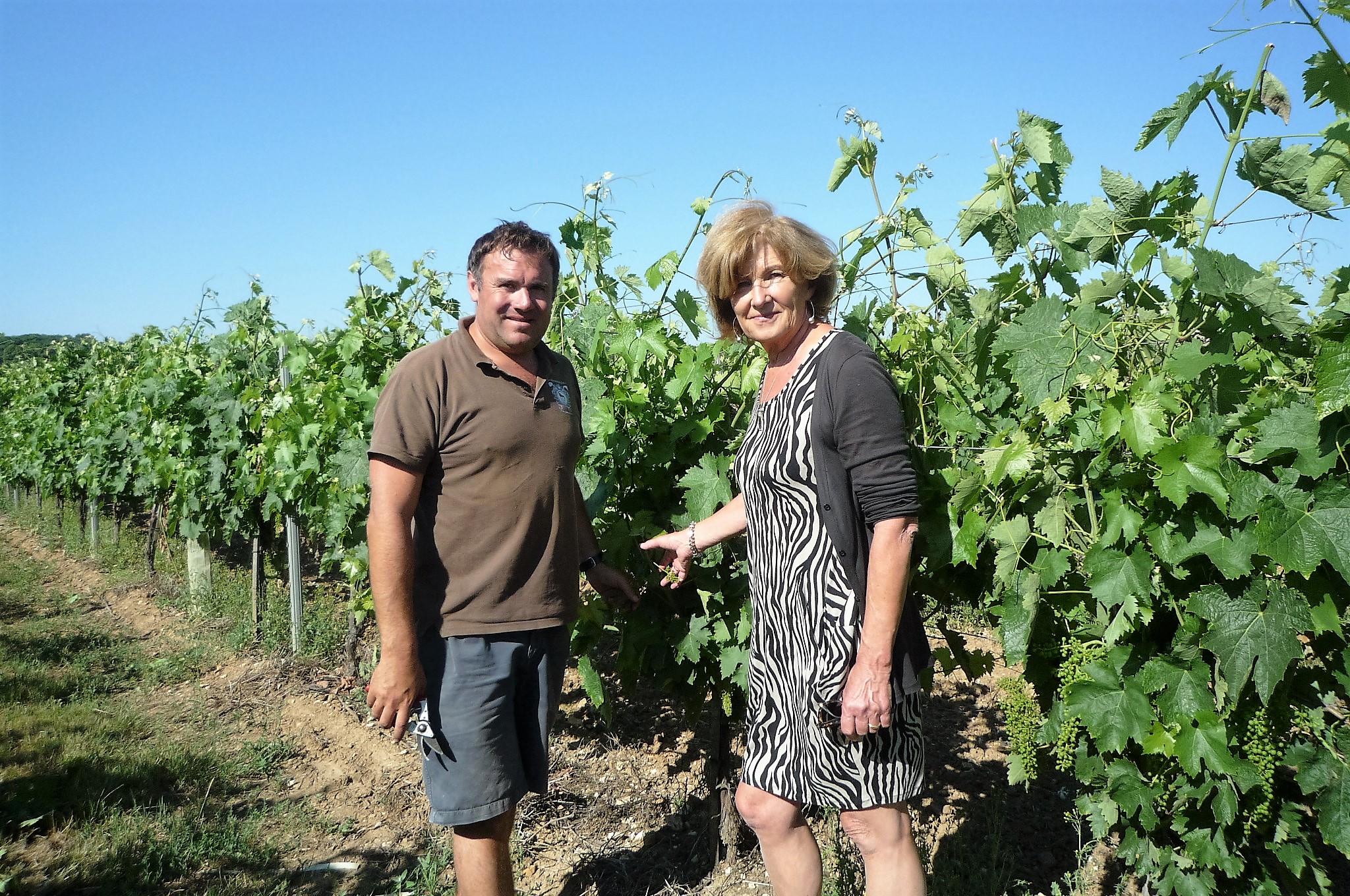 Happy to work and live here , isn’t it ?#angoule