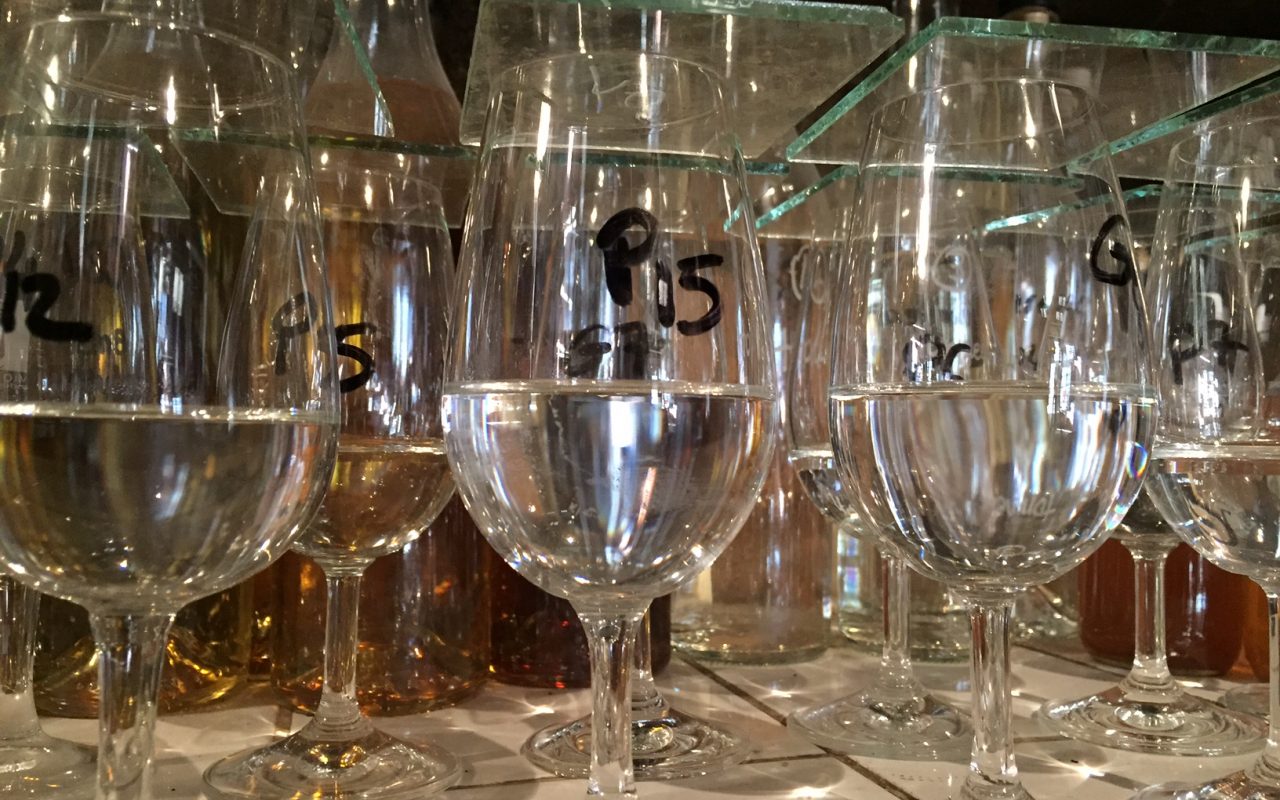 He/she wakes up early morning, generally between 4 and 6, each day, during the distillation time. As for a single-handed round  world race, he/she crosses non-stop several weeks or months depending from the quantity of vine to be distilled. Even if modern facilities such as computer controlled devices, and gaz heating  allow to sleep at home and no more in the distillery, the distiller  takes great care of each distillation, trusting on his/her five senses.

The distiller is either a  grower-distiller called “bouilleur de cru” which means that he operates for his own production, or professional distillers  “bouilleur de profession” who work for them if they are growers  and for winegrowers who don’t have distillations facilities.

A woman in a distillery

Line’s family live and work here, in Biard since 1610. A deep-rooted story in the heart of cognac vineyard, in “grande champagne” : 18 ha devoted to cognac, and pineau. Since 100 years, 3 generations work with passion to the developpement of the property, each of them bringing her skill and insight to make Cognac Guillon-Painturaud  be known for the quality of the products.  A family transmission from grand father, to father and daughter nowadays. Line’s grandfather bought the first copper still “alambic” in 1914, which is still running nowadays and devoted to more precious cognac. 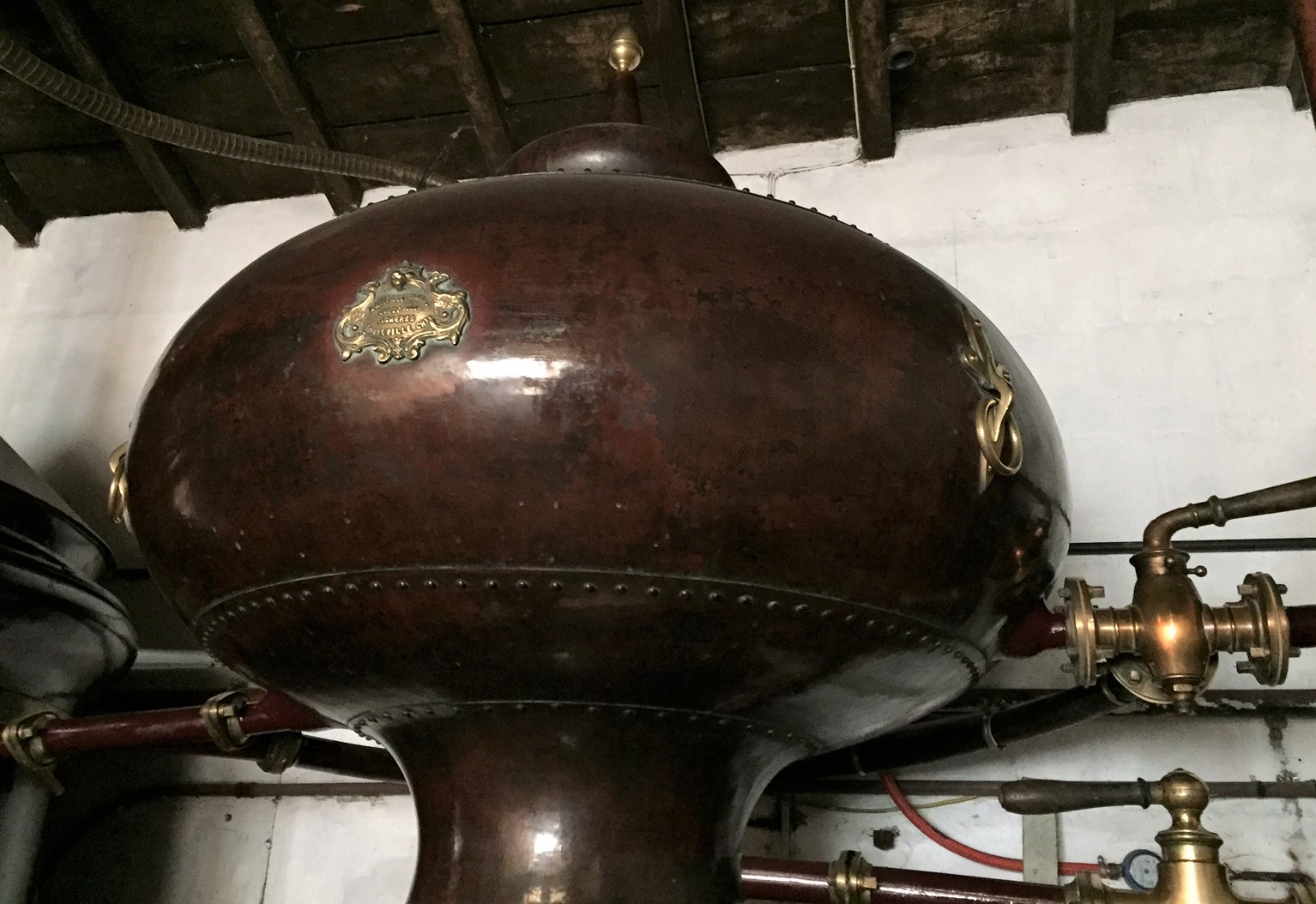 Line’s father has been the ” architect” of the developpement,  in the vineyards and in the distillery (second still). 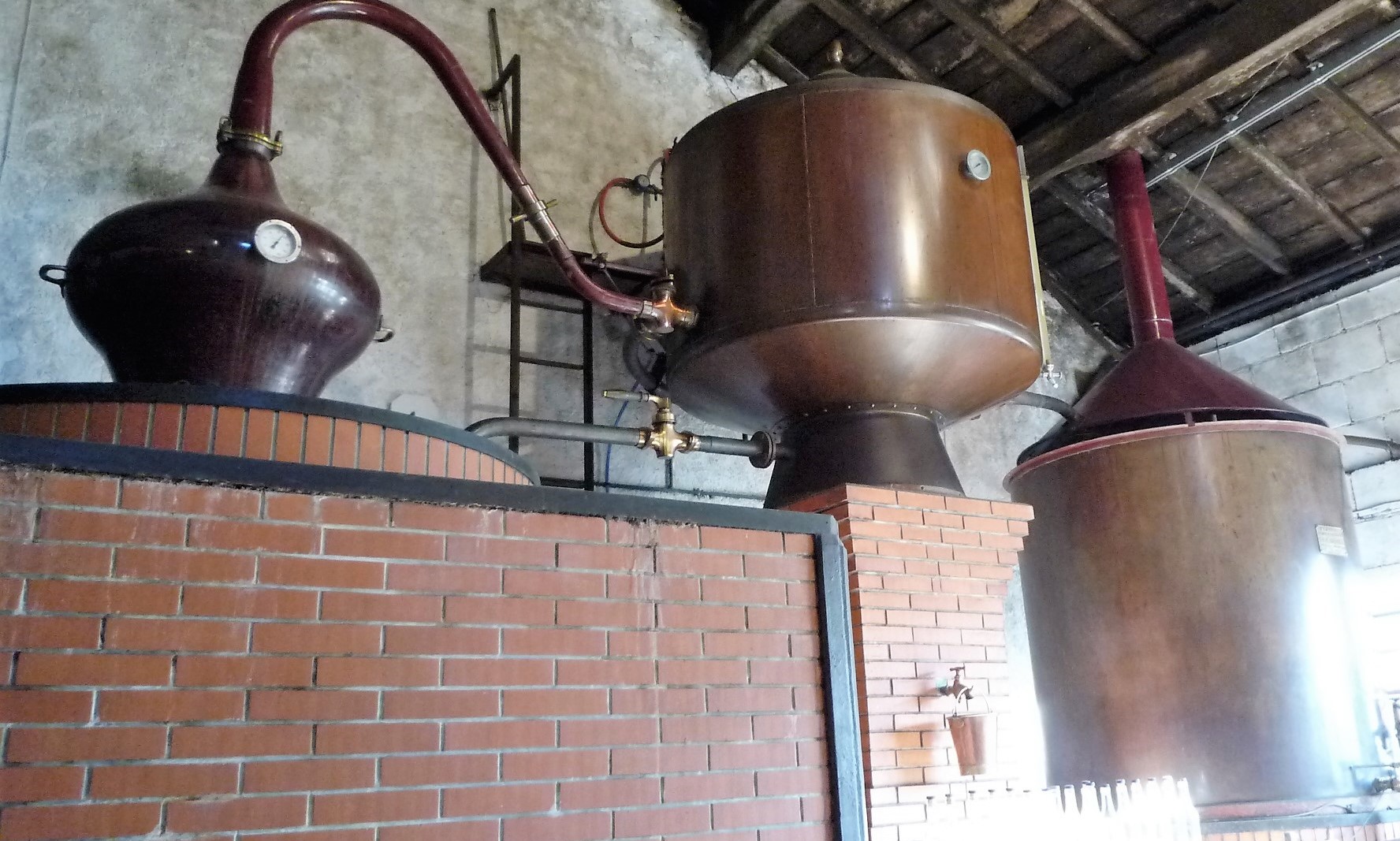 Line began a professionnal activity outside the property and came back a few years later, as she was deeply committed to the place, the vines, the family story. Since 22 years, Line is totally involved in her passion. “I have no regrets at all” she says even if it’s a lengthy training and sometimes physically tough.  A woman in a rather man’s business ?  “I work with men and it’s  not a problem, I do like work with men also”  The approach and experience could be different  but Line does not see any basic difference in the work. The most important for her is “I do appreciate the freedom we have to be winegrower and distiller”. 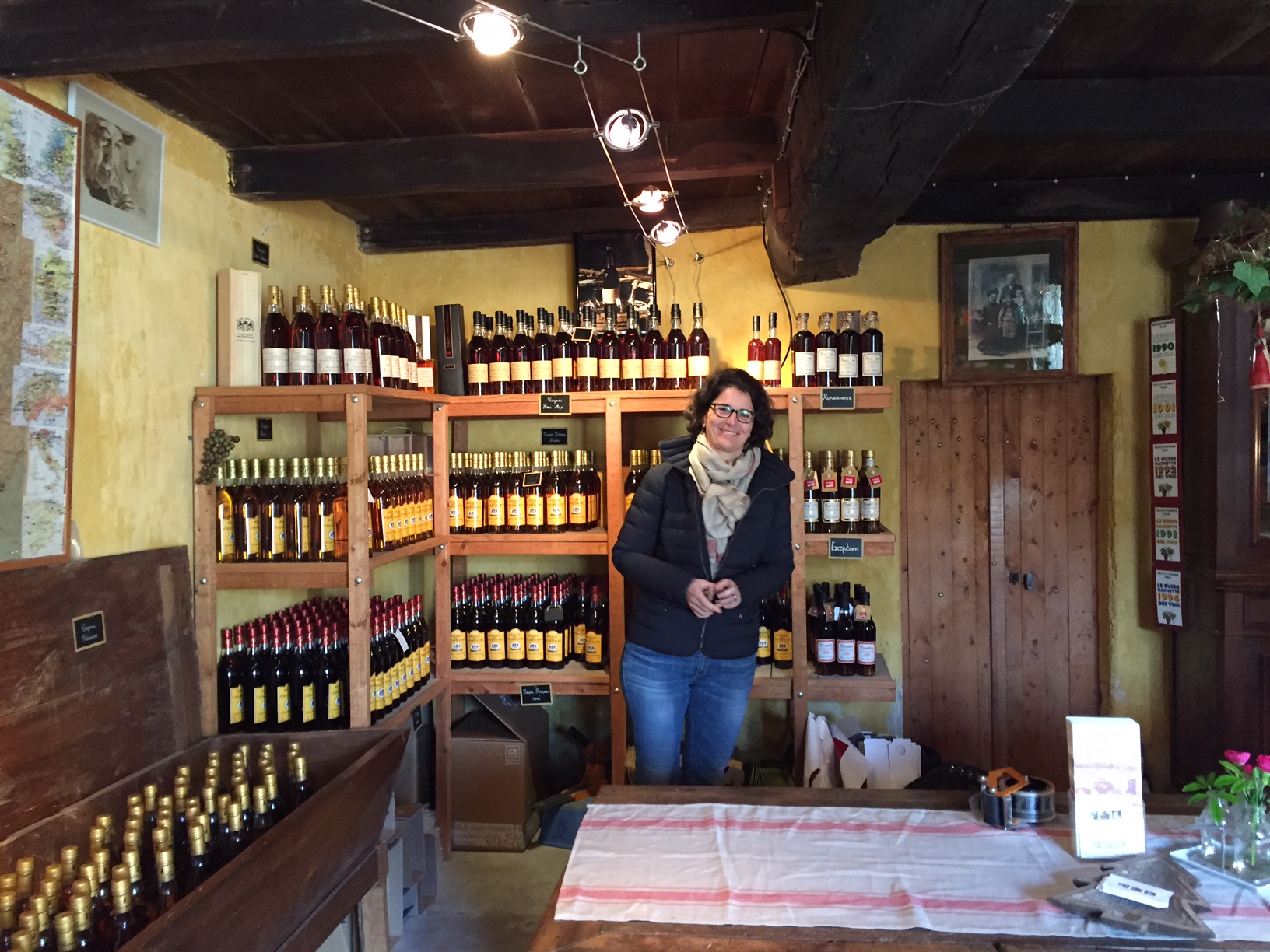 Distillation started on nov.2nd and will be over before Christmas time. During this time, each day, Line wakes up very early in order to be in her distillery on 6:30 am, coffee in hand. Then the distillation process, always the same, since the origin of cognac,  begins (detailed explanation in the previous post). A long busy day, in the heart of the elaboration of eau-de-vie. 24 hours are necessary for a complete distilling cycle. At 6:00pm Line prepares for the night. Theses never-ending cycles need constant monitoring and attention. Line’s home is next-door of her distillery in which  she sets up  a small office to work closer to the still. 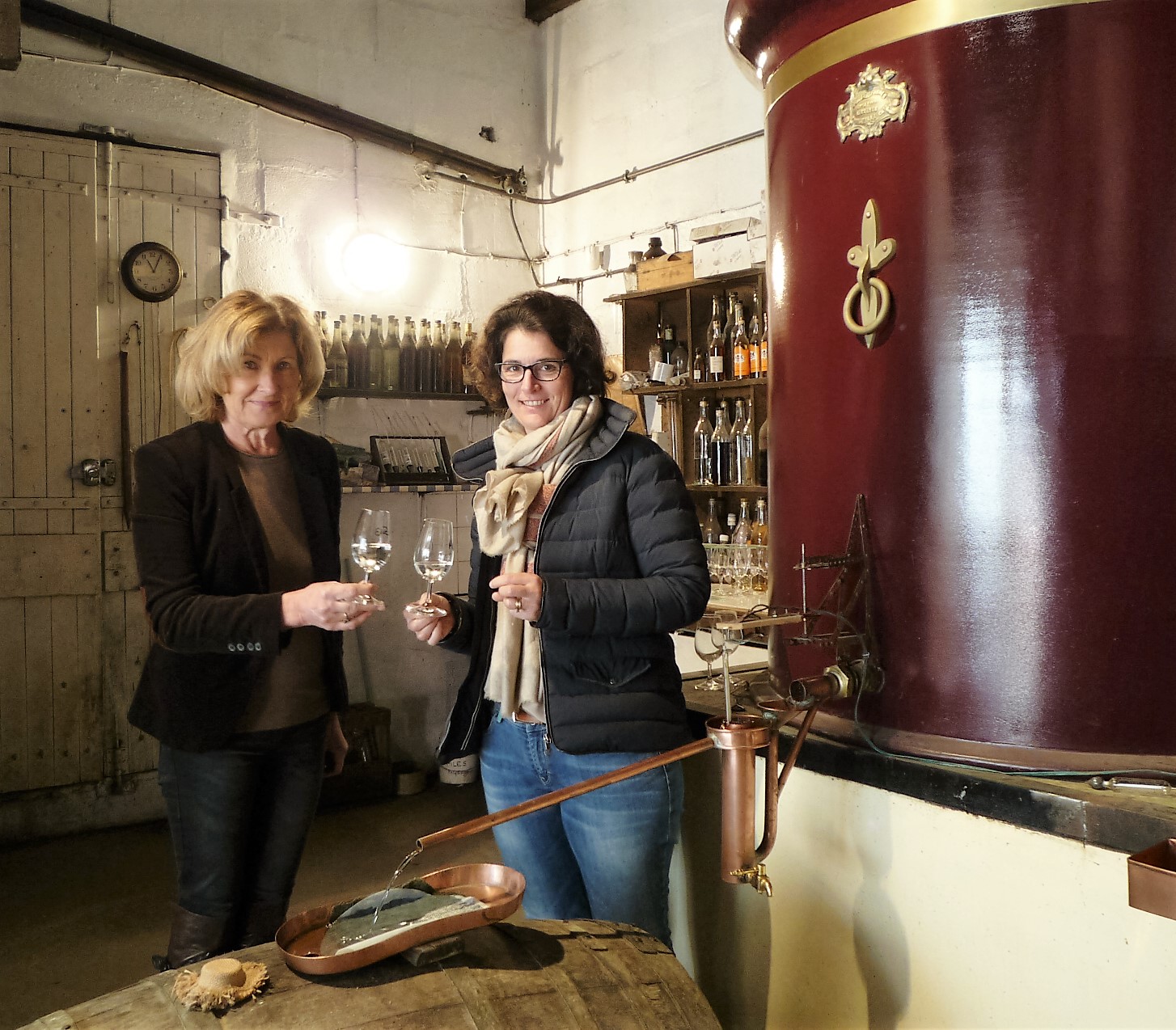 And now I would encourage you  to practise your french and look at Line explaining what she does each day during distillation period !

Great thanks to Line and http://www.cognacguillon-painturaud.com/